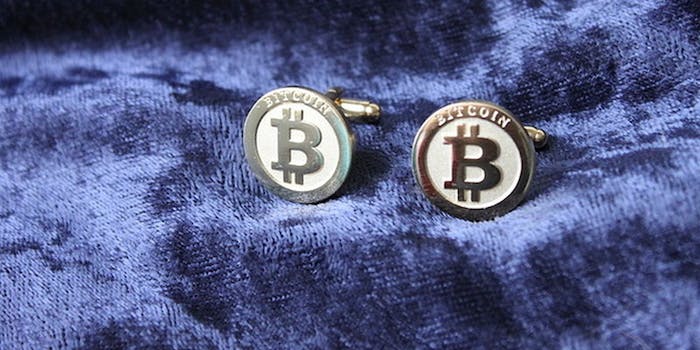 Bitcoin isn’t the criminal safe haven people think it is

Researchers set out to study how easy it is to trace the flow of bitcoins through the market. Here's what they found.

What we knew would someday happen has started happening—the cyberpunk cryptocurrency of the internet Wild West is under the federal government’s microscope. And since the Feds are all but convinced that the anonymous nature of Bitcoin makes for a perfect den of cybercrime, they’re eager to slap regulations on the virtual currency.

But the government and law enforcement might want to pause and rewind for a second. As experts have pointed out before, and as a new study explores in detail, bitcoin isn’t completely anonymous. More accurately, it’s pseudonymous.

Researchers from the University of California and George Mason University set out to study how easy it is to trace the flow of bitcoins through the market, using sophisticated tracking tools they developed to monitor the network. They point out that while you can own (or more to the point, steal) bitcoins without revealing your identity, once you start moving money around the network, you’re leaving a trail of digital breadcrumbs. Each transaction is recorded in a public ledger, called a block chain, which works as a check to make sure people aren’t committing fraud—say, using the same coins twice. For criminals, it’s like leaving behind a smoking gun.

You’re thinking, so what? Even if it’s possible to trace dirty money through the system, what good is it if it only leads back to an online pseudonym that can’t be traced to a real person, since it’s not linked to a bank account? This is why the feds are focusing their attention and regulatory powers on bitcoin exchange services—the places where the virtual currency is converted into cold hard cash.

Under new laws, exchanges must verify user identities before converting bitcoins to the US dollar—assuring that the whole transaction is legit. Of course, there’s nothing to stop illegitimate exchange services from cropping up. Already, services like Bitlaundry, Bitmix, or Bitcoinlaundry mix users’ coins in an effort to stop transactions from being traced, but experts say such systems are still new and unreliable.

The market is changing, and researchers theorize that as the currency gets more popular, more valuable, and more mainstreamed, there will be more reliance on centralized services to process large-scale transactions, which “ultimately makes bitcoin unattractive today for high-volume illicit use such as money laundering.” From the report:

For criminals, this centrality presents a unique problem: if a thief steals thousands of bitcoins, this theft is unavoidably visible within the Bitcoin network, and thus the initial address of the thief is known and (as most exchanges try to maintain some air of reputability) he cannot simply transfer the bitcoins directly from the heft to a known exchange. While he might attempt to use a mix service to hide the source of the money, we again argue that these services do not currently have the volume to launder thousands of bitcoins.