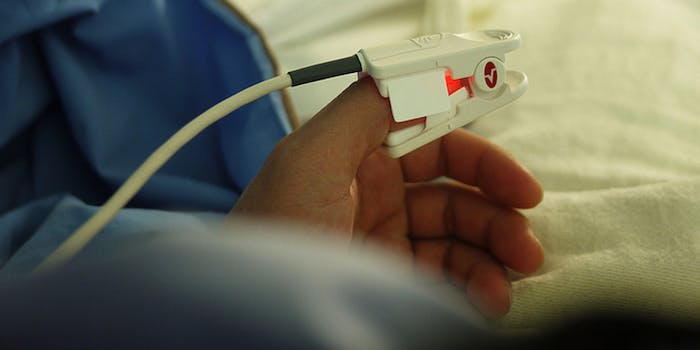 This app lets you sign Instagrams with your heartbeat

Biogram will be available in November.

Sharing every aspect of our personal lives online has become an inescapable part of the 21st century. A new app wants to bring our biological information to light too.

“Biogram can bring biostatistical information to millions of people through an existing photo-sharing platform, and it creates data experiences that are aesthetic and emotional,” Dr. Leslie A. Saxon, executive director of the USC Center for Body Computing and the co-inventor of the app, said last year.

Biogram works with the AliveCor, a portable heart rate monitor that doubles as a smartphone case. After tracking their heart rate, users will be able to stamp their Instagram photos or Facebook posts. For those without an ECG reader handy, Dr. Michelle Longmire, cofounder of Medable, told Fast Company that heart rates can be input manually.

With so many factors to share when posting an Instagram picture, Biogram adds a biological element that could provide insightful data in the hands of the right people. Commonplace occurrences might not send your heart into an irregular pattern of palpitations, but the app could be useful at a high intensity sports game or an area where there’s a higher chance of coming across more stressful situations.

“We wanted to create a texture for biomedical data and make it more sticky,” Longmire said. “The meaning is driven by what media you pair it with.”

Fast Company reports that the app will be available in stores on Nov. 1 and will be compatible with HealthKit, a new feature that came with Apple’s iOS 8 update.

H/T Fast Company | Photo by Thirteen of Clubs/Flickr (CC BY 2.0)