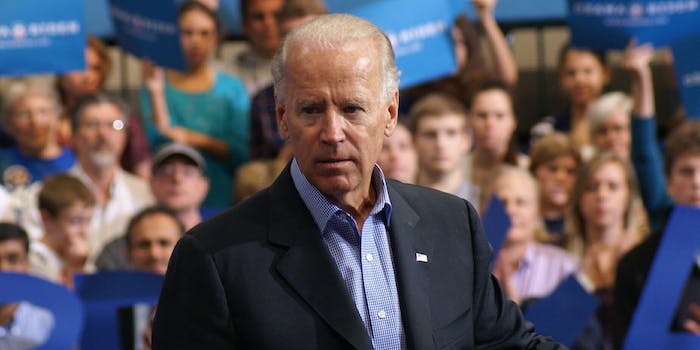 Biden walks back ‘decent’ comments about Pence after criticism

“The fact of the matter is it was followed on by a guy who’s a decent guy, our vice president, who stood before this group of allies and leaders and said, ‘I’m here on behalf of President Trump,’ and there was dead silence. Dead silence,” the former vice president said.

Cynthia Nixon, who ran in the Democratic primary for governor of New York last year, criticized the comment on Twitter because of the vice president’s views on the LGBTQ community.

Please consider how this falls on the ears of our community. @DrBiden https://t.co/Cw2beknTj7

Biden responded to Nixon’s tweet shortly after it was posted.

“You’re right, Cynthia. I was making a point in a foreign policy context, that under normal circumstances a Vice President wouldn’t be given a silent reaction on the world stage,” he wrote. “But there is nothing decent about being anti-LGBTQ rights, and that includes the Vice President.”

Biden is expected to announce his bid to seek the 2020 Democratic presidential nomination. If he does, he would join an already crowded field of hopefuls.