People are already betting on Trump being impeached

Donald Trump isn’t yet president, but people are already betting on him getting kicked out of office—and not just his Democratic opponents.

As the Huffington Post reports, Ireland-based online betting site PaddyPower gives has the odds that Trump gets impeached within his first six months in office at 4-1. Chance that he’ll leave office before the end of his term? 7-4. 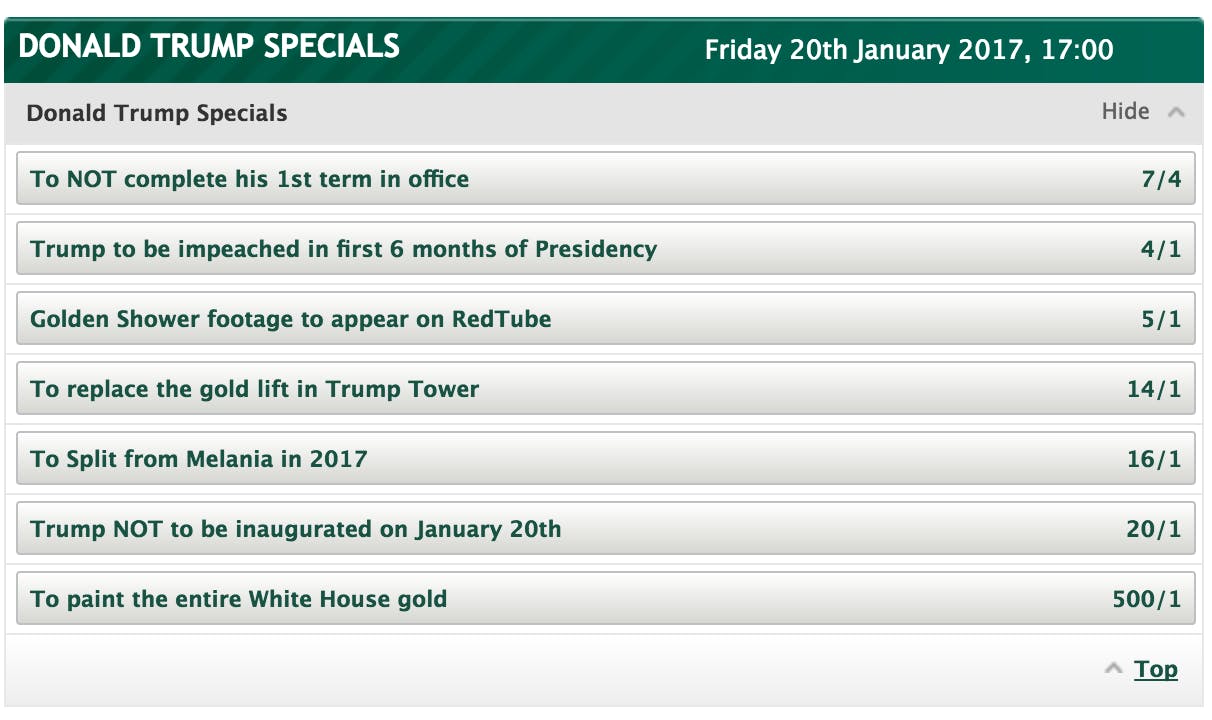 Over at PredictIt (which is a prediction market rather than a gambling site, if you want to split hairs), Trump’s odds of making it through his first 100 days are slightly better, with users waging just $0.09 on the dollar that Trump will make it through the end of April without facing impeachment.

However, PredicIt users put Trump’s chances of not being president by the end of 2017 slightly higher, at $0.17 on the dollar.

All this talk of impeachment before Trump takes office likely seems crass and hyperpartisan to anyone with even the slightest positive feeling toward Trump. The reason it’s out there, however, is all over the news.

In just the past 24 hours, for example, Trump was sued by a former contestant on his reality TV show The Apprentice for alleged sexual assault, and the FBI, CIA, and at least four other U.S. agencies are reportedly investigating whether Russia secretly funneled money into the Trump campaign, according to McClatchy DC. Not to mention Trump’s conflicts of interest.

Who wants to bet that won’t be the last Trump scandal that rears its ugly head?