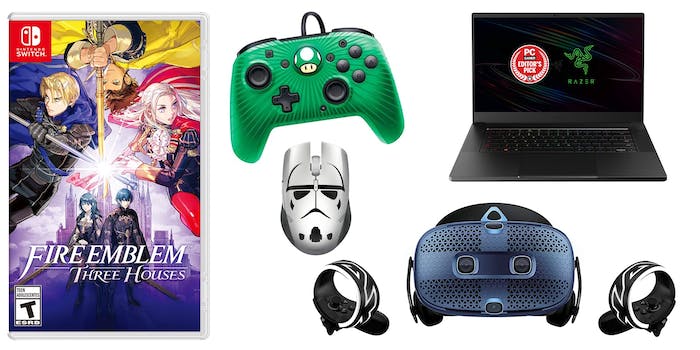 Prime Day has always been the better for the PC gamer––at least, until this year.

Prime Day has always been the better for the PC gamer––at least, until this year. Lying among the keyboards and neon mice are Prime Day gaming deals for PlayStation, Xbox, and Nintendo. Some products are lower than we’ve ever seen on Amazon’s official holidays.

How to do Prime Day right

In the past Amazon Prime Day has been a one day deal, but it’s grown so popular over time that it’s now grown into two. The deals are only available to Amazon Prime subscribers, which typically costs $119 annually. In addition to two-day shipping on a massive selection of products, you also get access to the Amazon Prime streaming library, photo storage, the ability to find out special deals using Alex devices, and more. There’s even a version of Prime for students, which offers a six-month free trial and only costs $6.49 a month after.

If you don’t have a Prime membership but want to check out the deals on Prime Day, you can do that with a 30-day free trial. We predict you’ll never go back–not to mention you’ll think every other business has really, really slow shipping times.

Save $500 on the Razer Blade 15 Advanced gaming laptop

Save more than $89 on the HTC Vive Cosmos

Save up to 50% off on Razer gaming headsets

Save up to $70 on HyperX Cloud headphones

Save up to 33% on Nintendo Switch titles

Save up to 75% on Mortal Kombat titles