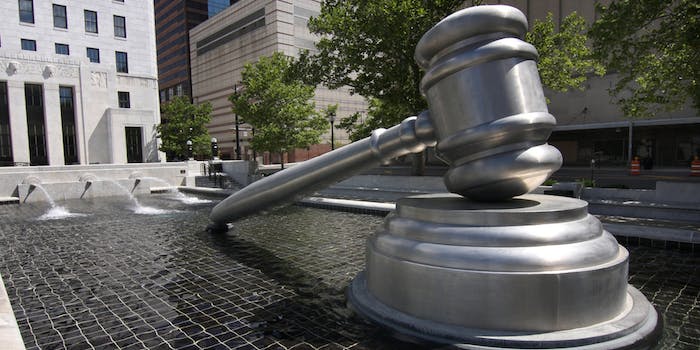 This is the craziest f**king legal brief ever written

Filing in Georgia court case making waves for tossing aside the most basic principles of personal, professional discipline.

Legal documents are almost always dreadfully dull. But a filing in a Georgia court case is making waves for tossing aside the most basic principles of personal and professional discipline, instantly earning it the title of the most profane and disrespectful legal document that has ever been submitted.

Tamah Jada Clark was fed up with the judge in her case, Clark et al v. Porter et al. Judge Willis B. Hunt, Jr., of the United States District Court for the Northern District of Georgia, had tossed out her suit regarding her son on the grounds that her husband had not signed a complaint that was supposed to represent both parents.

Upon learning of the dismissal, Clark, to use a legal term of art, lost her mind. She filed a notice to the court the text of which makes for some delightful reading.

“Firstly, Jason is my HUSBAND, as I have stated, you a*shole,” begins the second paragraph of her notice to the court. “And my son is no longer an infant; he has grown into a strong, extremely intelligent and beautiful little boy. Don t you ever again in your mother*cking life attempt to disrespect me, my family, or our status again.”

“Keep our names out of your unworthy mouth-you old, IMPOTENT geezer,” she wrote, bolding the word “IMPOTENT” for emphasis.

“And no, Jason did not sign the complaint—so the f*ck what?” she went on. “Is that really the best argument you can come up with—after the MANY pages I have presented to this court—as to why you cannot allow the matter to progress? Lol. What a joke you are, old man.”

The entire notice to the court is worth reading for the many threats and obscenities that pepper its uncharacteristically casual prose. Among the highlights:

Incidentally, the formal title of Clark’s filing is “Plaintiffs’ Notice to Fuck this Court and Everything that it Stands For.”

Read the full amazing document below: