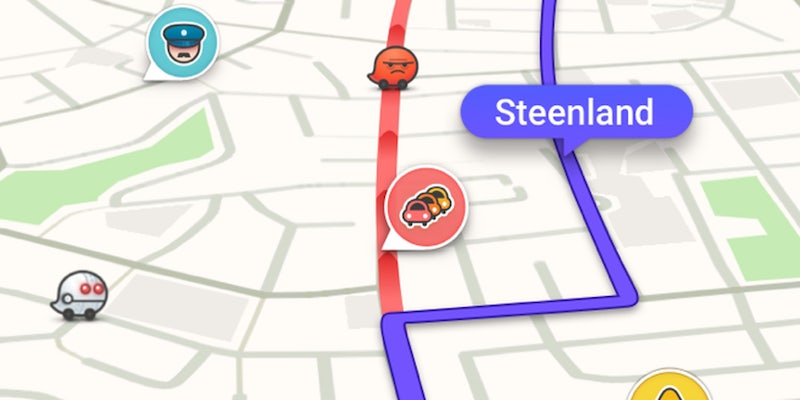 These hot new apps and updates for iOS and Android let you encrypt your email, chat with a robot, and book a private jet

You now live in a world where there's an 'Uber for jets.' 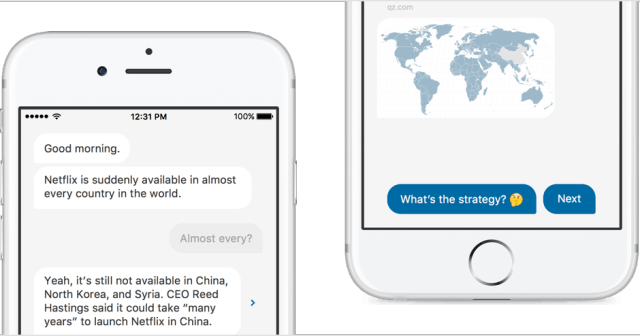 If you’re a news junkie, Quartz News’ new app might just change the way to read your news. Part aggregator, part chatbot, Quartz News serves up the days news stories in short text form, and then gives you the option to get more details or ask for different stories.

The app shows you a short summery of a story, say “Netflix has expanded to almost every country in the world.” Below the message will be two options, one offering to give you more information and the other telling the app to give you a different story. The chat-like interface keeps you engaged while allowing you quickly skip past any stories that don’t interest you.

If you choose to expand on a story Quartz feeds you hard numbers and graphs to give you a complete picture. This is the perfect bite size news feed for when you’re stuck on the train or standing in line. At the moment its customization options are limited to picking which stories you’ll get notifications for, but it does offer up the option to read a Haiku about the market every day, which provides its own odd pleasures. Quartz is free, so give it a spin.

Most people who use GPS on their smartphones simply stick with one of the provided app options, but if you’re prone to running late, Waze’s latest update will be a game changer. The GPS app just added a “Planned Drive” feature that allows you schedule a trip in advance and get a reminder to leave on time based on live traffic conditions.

For travelers who are regularly in unfamiliar cities this update will prove invaluable. You might not know that traffic starts becoming a nightmare in Atlanta at 4PM, but Waze does, and it’s ready to warn you.

In addition to Planned Drives, Waze’s latest update adds more metadata to its traffic notification bar, telling you explicitly what is causing your current traffic problem. These new features come in addition to Waze’s already trustworthy crowd sourced traffic updates. If you’ve never experimented with Waze try it during your next trip. 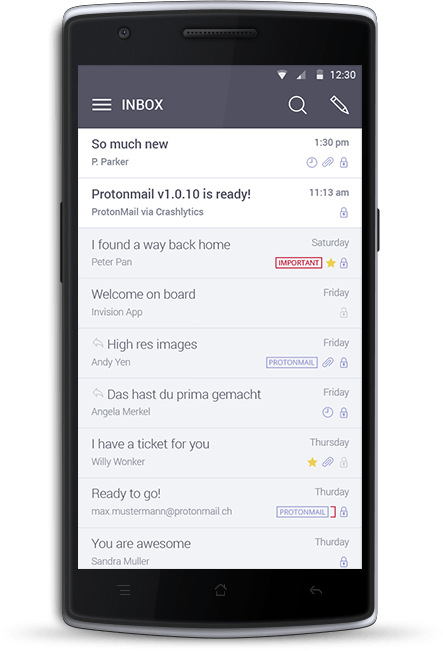 As Apple continues to battle with the federal government over whether or not the company needs to provide authorities with a security backdoor, encryption on mobile devices has been a hot topic of late. If security is your top concern, worry no more, ProtonMail is here to help. The service has just launched new apps for iOS and Android and ended its closed beta, meaning this powerful, free end-to-end encrypted email client is available for all to enjoy.

With ProtonMail users can create a new @protonmail.com email directly from within the app, complete with an automatically created PGP key and security management. Messages can be set to self-destruct after sending, which could prove useful for business or personal reasons if you’re a late night emailer. In addition the app offers intuitive swipe gestures for organizing and labeling your messages. For the security minded emailers ProtonMail is worth giving a peak. Free accounts come with 500MB of space, with paid accounts offering more storage. 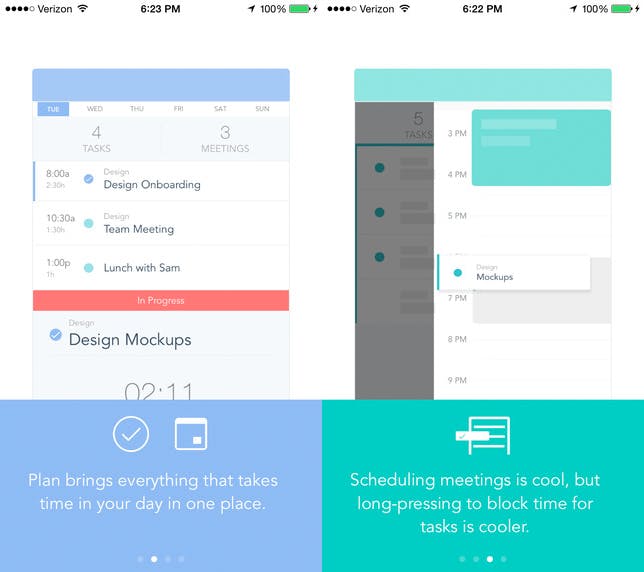 There are already roughly 3 billion calendar and task list apps available on the market, but few of them allow you to use both functions at the same time. If you’re looking for an all-in-one app, Plan is the perfect blend of traditional calendar mechanics and task management.

Using Plan’s mobile app or web interface, users can update their calendar and manage tasks all from the same space. Having everything in one place is useful for busy days when you have tasks that lack a set time frame that need to be accomplished around meetings. Plan also tracks metadata for how you work, allowing you to track your productivity, tasks completed, and even hours slept if you’re so inclined.

At the moment Plan only supports integration with Google Calendar, but since Plan can update your Google Calendar you won’t have to worry about going back and forth between the two apps; you can just use Plan. For students or business professionals with busy schedules and the need for time management help, Plan is tidy all-in-one option that’s come out of the gate strong, with upcoming updates offering new features like recurring tasks. Best of all, it’s free. 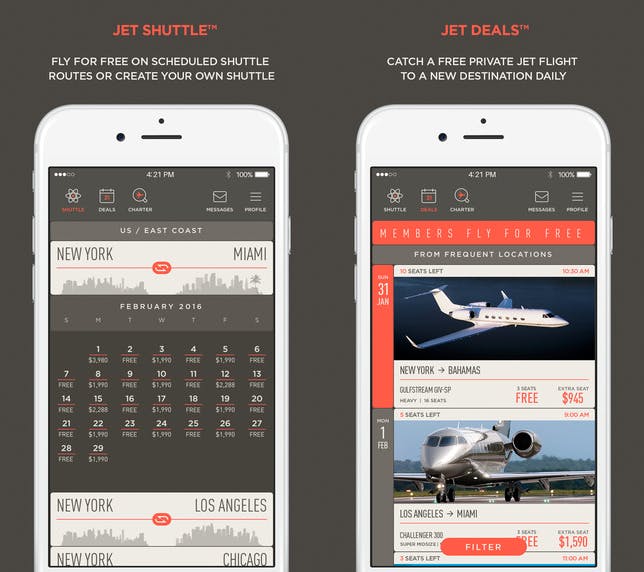 Thanks to Lyft and Uber, finding a ride in a major city has never been easier, but what if you want to get from major city to major city? You’ve still got to fly and, worst of all, you’ve got to fly with normal people unless you had the forethought to charter a private jet. If that’s just too much hassle, and your bank account is bursting at the seams, that’s where JetSmarter jumps in.

JetSmarter is the private jet solution for the hard traveling 1%, offering unlimited flights on private jets for a “modest membership fee.” How modest; just $3,000 to sign up, on top of an annual membership for $9,000 for unlimited rides for one person. Additional seats can be purchased, but expect to fork over at least a grand to bring your date along.

At first I scoffed at this idea, but given a recent Fortune article which tagged the average annual cost of CEOs who use private company jets at $141,187 apiece, this app could actually prove to be a money-saving solution for cash strapped corporations looking to keep up appearances. Sure it’s well out of reach for most of us, but if you live in New York or San Francisco, sleeping on a private jet every night might actually add up to being cheaper than renting an apartment. Regardless of whether this app is for you or not, we now live in a world where on-demand private jet apps are a reality. Welcome to the future.