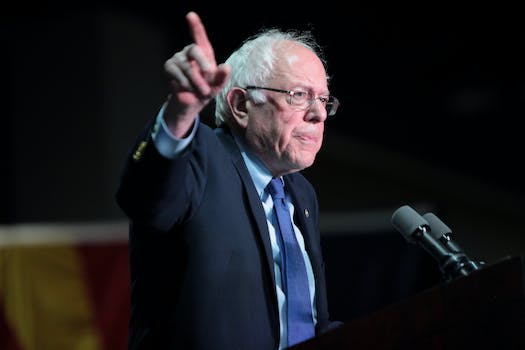 'It must be defeated.'

Sen. Bernie Sanders (I-Vt.) has some choice words for the House Republican plan to “repeal and replace” Obamacare.

Following Monday’s release of the Congressional Budget Office (CBO) report, which estimates that 24 million Americans would lose their health insurance by 2026 under the Republican plan, Sanders tore into President Donald Trump and House Speaker Paul Ryan for promoting a “disgusting and immoral” bill.

“Throwing 24 million Americans off of health insurance, raising premiums for older low-income Americans, defunding Planned Parenthood, and giving $275 billion in tax breaks to the top 2 percent is a disgusting and immoral proposal,” Sanders said in a statement. “Last January, Donald Trump promised that his healthcare plan would provide ‘insurance for everybody’ that wold be ‘much less expensive and much better.’ Now we know that was just another lie. The reality is that Donald Trump and Paul Ryan’s bill is not a healthcare plan. It’s a massive transfer of wealth from the middle class to the wealthiest people in America. It must be defeated.”

Sanders, the leading challenger for the 2016 Democratic presidential nomination, has long advocated for universal healthcare that in may ways runs exactly counter to the Republican legislation.

In addition to the consequences Sanders lists, the CBO estimates that the House Republicans’ healthcare bill, the American Healthcare Act (AHCA), would push insurance premiums 15 to 20 percent above premiums under Obamacare in the short term but lower them by 10 percent by 2026.

Today, the CBO confirmed what we already knew. The Republican health care plan is a disgrace. pic.twitter.com/W8WF39K5kj

Speaking with Fox News on Monday, Ryan said the CBO report “actually exceeded my expectations” while defending the high number of uninsured under his plan as an intentional consequence of the legislation, which eliminates the Obamacare requirement that all Americans maintain health insurance or face a penalty.

“Of course they’re going to say if we stop forcing people to buy something they don’t want to buy they’re not going to buy it,” Ryan said. “That’s why you have these uninsured numbers, which we all expected.”

Internal White House analysis of the AHCA, as reported by Politico, found that as many as 54 million Americans would be uninsured by 2026, including 17 million from Medicaid.

The effort to repeal and replace Obamacare may be more of a waiting game than many Americans had hoped.