Sanders leads 2016 Democratic rival Hillary Clinton by 9 points in New Hampshire, according to NBC/Marist College polls released on Sunday. In Iowa, the Independent Vermont senator is also gaining on Clinton, whose lead in the NBC/Marist polls fell to just 11 points since July in the state, which is the first to caucus in presidential elections.

Among likely Democratic voters in New Hampshire, Sanders received 41 percent support to Clinton’s 32 percent. Vice President Joe Biden, who is has not declared his candidacy, received 16 percent of likely voters’ support. No other Democratic candidate received more than 1 percent in the poll.

Sanders drew even more support among potential voters, with an 11 point lead above Clinton (49 percent to 38 percent). Just 8 percent of both likely and potential Democratic voters told NBC/Marist pollsters that they were undecided.

In Iowa, however, the rolls were reversed. Former Secretary of State Clinton received 38 percent of likely voters’ support, while Sanders received 27 percent. Sanders has topped Clinton by a few percentage points in other recent Iowa and New Hampshire polls. 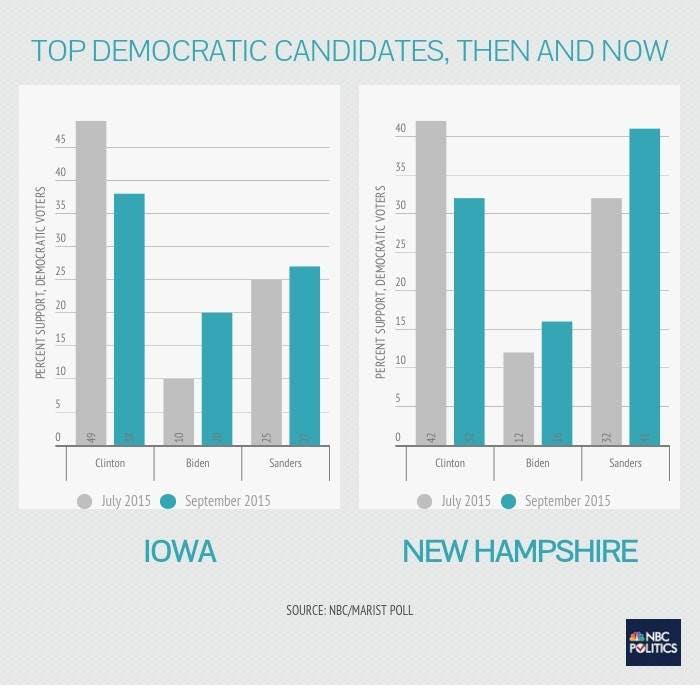 Nationwide, Clinton maintains an average 25.5-point lead ahead of Sanders, up slightly from the 21.5-point lead she held as of Aug. 28, according to the Real Clear Politics poll averages. 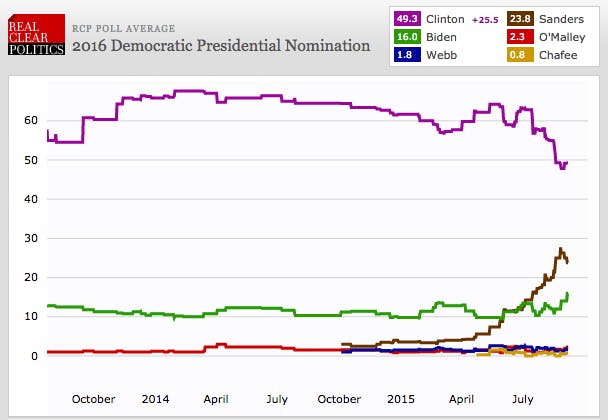 On the Republican side, Donald Trump continues to dominate the race for the White House, with a 7-point lead ahead of Dr. Ben Carson (29 percent to 22 percent) in Iowa and a 16-point lead over Ohio Gov. John Kasich (28 percent to 12 percent) in New Hampshire. 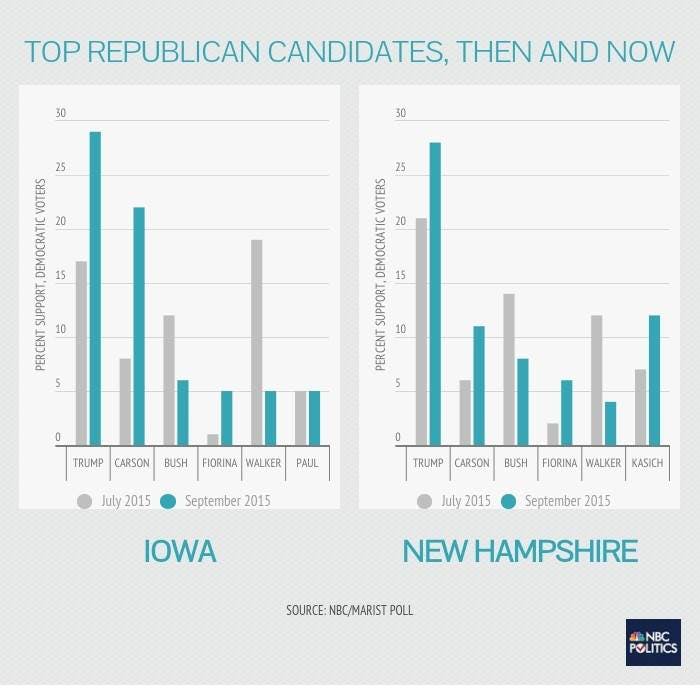 In both Iowa and New Hampshire, only Carson received more than 10 percent support, with 11 percent of likely Republican voters in New Hampshire saying they’d back the neurosurgeon’s White House bid.

See the full NBC/Marist polls below.