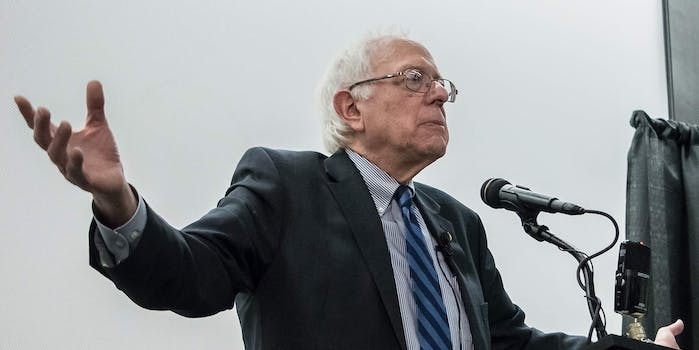 Sen. Bernie Sanders (I – Vt.) is running for the Democratic nomination for president in 2016. While the Senate’s only self-described “socialist” is a long shot against perennial front-runner Hillary Clinton, his freshly launched campaign is doing an admirable job of introducing the candidate to the American people.

As the primary fight endlessly marches on, voters will undoubtedly attempt to learn more about Sanders by visiting his website. As with any website, things are inevitably going to go wrong and some of those visitors will be directed to his 404 page.

Let’s just say the video that plays on Sanders’s 404 page is “the most Bernie thing ever,” as the Huffington Post put it.

“The good news is that you’re on the right website. And it’s a really good website. The bad news is you’re on the wrong page,” Sanders says in the clip. “Just scoot down to the bottom of the page and you’ll find your way back home to where you should be.”

The video shows Sanders as an affable, no nonsense guy, willing to give it to you straight. From his decades in public service, Sanders has a long record of where he stands on the issues; but, using small corners of his campaign infrastructure, like the his site’s 404 error page, as a way to showcase his personality is an easy way to build his personal brand.

Sanders isn’t the only presidential candidate this cycle to personalize their website’s 404 page. Clinton’s 404 page shows a goofy picture of her with husband Bill and daughter Chelsea at Disney World. 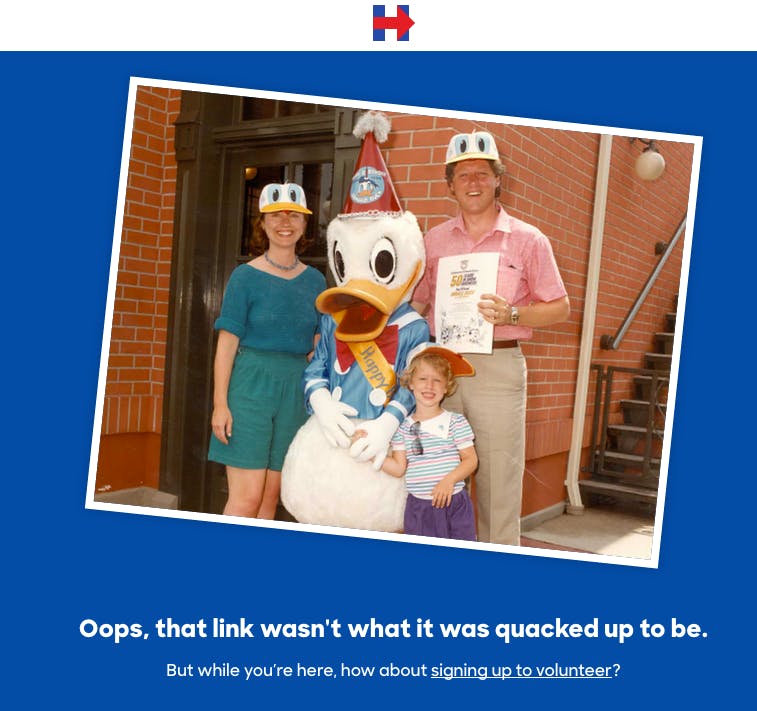 As the Clinton campaign has worked hard to make the candidate more relatable, spreading the above picture goes a long way.

President Obama isn’t running for anything anymore, but the 404 page on his still-active campaign site highlights one of his own triumphs—eventually getting a website to work. 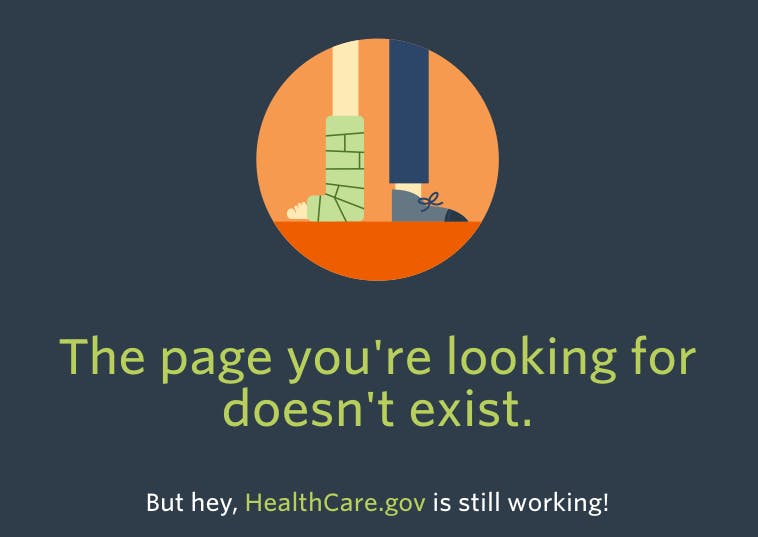