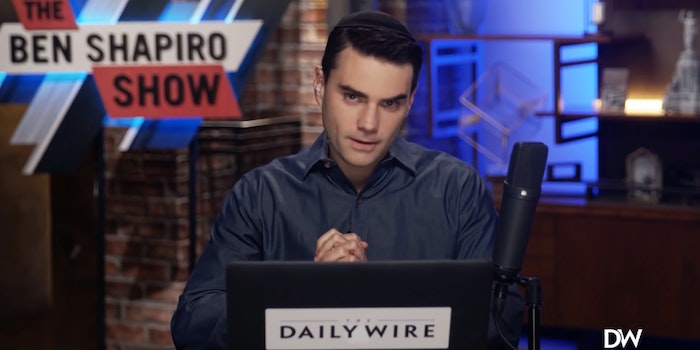 No, Ben Shapiro isn’t tweeting again about how bad he is at sex with his wife

As believable as the tweet is, it appears to be fake.

A screenshot of a purported tweet by Ben Shapiro is going around, claiming that he is once again tweeting about how bad he is at sex with his wife.