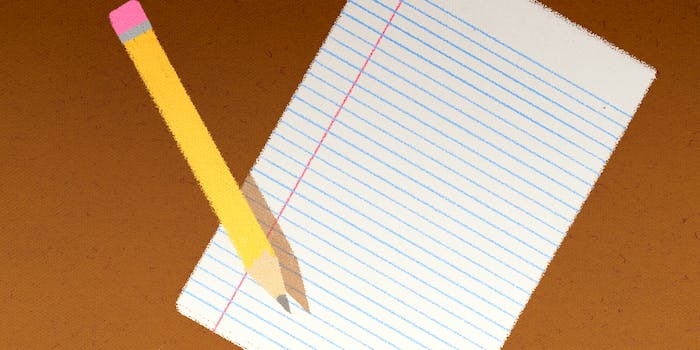 Deputy who body-slammed student on video has been fired

This article contains video that may be upsetting for some readers.

The officer who was caught on video violently removing a female high school student from a South Carolina classroom was fired on Wednesday.

Richland County Sheriff Leon Lott announced the dismissal of Deputy Ben Fields during a press conference at noon today. Fields, 34, was already banned from the school district yesterday as the video of the incident gained national attention.

The incident, which was caught on video by multiple students, began after a 16-year-old student caused a disruption in class and refused to leave at the demands of her teacher, according to Lott. The student was charged with disturbing schools, a crime that carries a penalty of fines up to $1,000 or up to 90 days in jail.

During the press conference, Lott described the student as “very disruptive and very disrespectful.” He called on the community to “not lose sight that the whole incident was started by this student.”

Another student, identified as 18-year-old Niya Kenny, was also arrested after she fought with Fields after she allegedly saw him put his arms around the other student’s neck.

On Tuesday, the Federal Bureau of Investigation announced that it, along with the U.S. Attorney’s Office and the Justice Department’s Civil Rights Division, have opened an investigation into the incident, which took place at Spring Valley High School in Columbia, South Carolina. State law enforcement have launched their own investigation.

“The Columbia FBI Field Office, the Civil Rights Division, and the U.S. Attorney’s Office for the District of South Carolina have opened a civil-rights investigation into the circumstances surrounding the arrest of a student at Spring Valley High School,” FBI Special Agent in Charge David Thomas said in a statement. “The FBI will collect all available facts and evidence in order to determine whether a federal law was violated. As this is an ongoing investigation, per Department of Justice policy we are unable to comment further at this time.”

You can watch the videos that triggered the controversy below.

Update 11:57pm CT, Oct. 28: Fields has officially been fired. The article above has been updated to reflect the development.