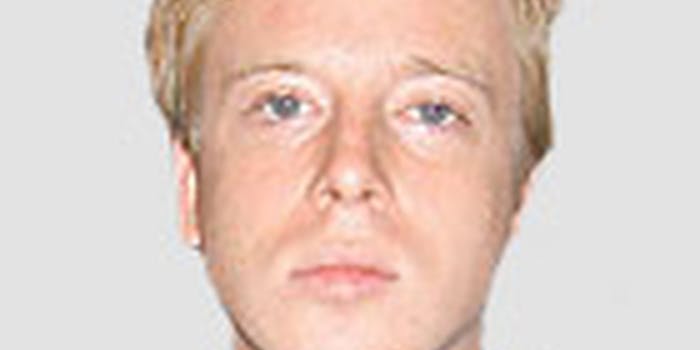 Brown is now being charged for sharing a link to Wikileaks' Global Intelligence Files. Could any Twitter user who tweeted that link also face charges?

The man known as the public face of Anonymous is facing a raft of new charges today.

Barrett Brown is already in custody, having been grabbed by the FBI in a dramatic on-camera takedown in his Dallas apartment. The charges in that case relate to threats he made against an FBI agent who raided his mother’s house. The new charges relate to the infamous Stratfor hack, which resulted in a massive disclosure of documents including confidential emails, passwords, and credit card information. Some of the materials were later posted to WikiLeaks, which renamed them the GI (Global Intelligence) files, and trumpeted the release worldwide.

Brown, whom both supporters and opponents agree is no hacker, and who covered Anonymous in his column in the Guardian newspaper, was not a part of the actual hack against Stratfor. He did, however, allegedly disseminate a link to the hacked information by pasting a link to the documents into an IRC chatroom, and this is the basis for the new charges.

Worryingly, there is no specific information to indicate what, if anything, differentiates Brown’s behavior from that of any Twitter user simply retweeting the link to those files. Could tens of thousands of people suddenly be facing similar charges, or is this a scare tactic by the feds to pressure Brown into a confession or plea bargain? As always in the Barrett Brown saga, it’s hard to predict where this is going except to say that it’s going to be worth watching.

Here is the relevant section of the press release, as reposted on the Dallas News Crimeblog:

Brown transferred a hyperlink from an Internet Relay Chat (IRC) channel to an IRC channel under his control. That hyperlink provided access to data stolen from the company Stratfor Global Intelligence (Stratfor), which included more than 5,000 credit card account numbers, the card holders’ identification information and the authentication features for the credit cards, known as the Card Verification Values (CVV). By transferring and posting the hyperlink, Brown caused the data to be made available to other persons online, without the knowledge and authorization of Stratfor and the card holders.

The indictment has also been posted, in full, on Scribd.