The world's most famous street artist has something to say about Syria.

World famous street artist Banksy has turned Apple co-founder and former CEO Steve Jobs into a painting on the wall of a French refugee camp. 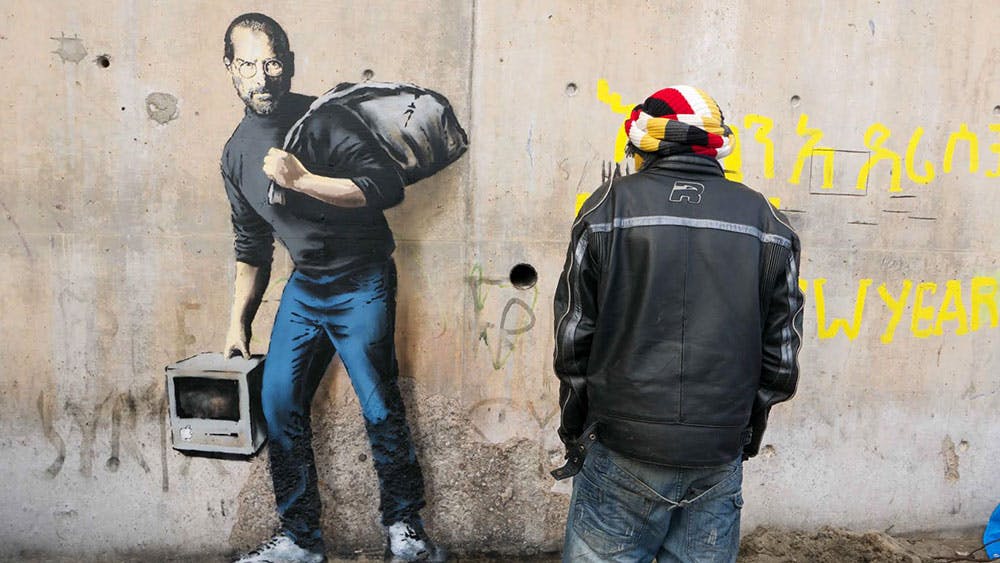 The painting, which depicts the late Apple boss carrying a bag and one of the very first Macintosh computers, is located in the migrant camp near Calais, France. The area is often referred to as the “Calais jungle” due to the haphazard nature with which refugees have settled in the area. With the plight of Syrian refugees—and the ongoing battle over where they are and are not welcome—on everyone’s minds, Banksy’s choice of Steve Jobs, whose father was a Syrian immigrant, tells us all we need to know about the artist’s stance on the crisis. 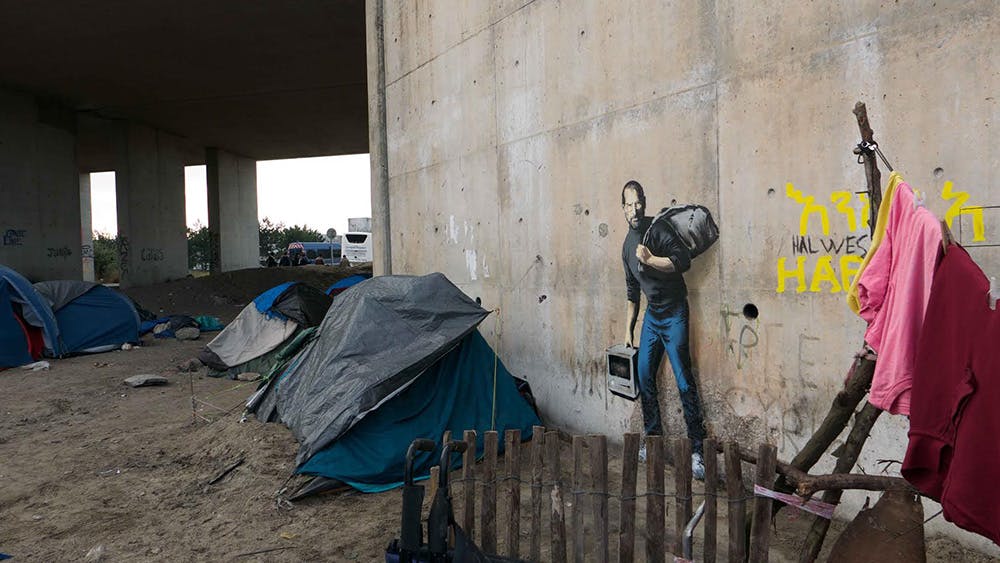 In a somewhat surprising move, Banksy reportedly offered a statement on his latest work.

“We’re often led to believe migration is a drain on the country’s resources but Steve Jobs was the son of a Syrian migrant,” the artist explained. “Apple is the world’s most profitable company, it pays over $7 billion (£4.6 billion) a year in taxes – and it only exists because they allowed in a young man from Homs.”

H/T The Verge | Photo via Banksy