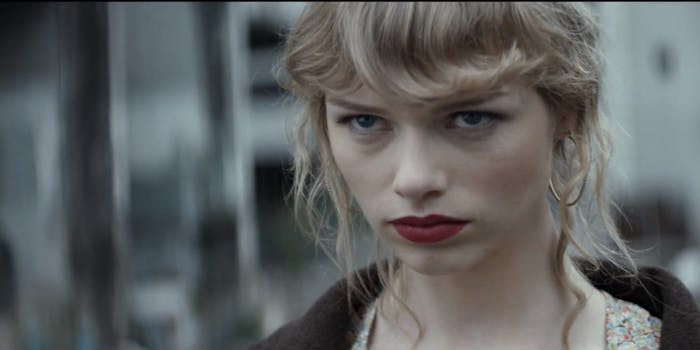 This Axe commercial is like nothing you’ve ever seen before

The last time we heard from the Axe advertising team, it was taking flak for linking the global warming crisis with girls “getting hotter and hotter,” causing men to haplessly stumble into traffic and create giant explosions in laboratories.

Given Axe’s history of catering to adolescent male consumers, you could, justifiably, assume the company’s latest ad is set at a headless bikini contest, or a magical world where women’s vaginas are made of beef jerky. This time, however, you’d be wrong.

“Make Love Not War,” the short film advertising Axe’s latest fragrance, Axe Peace, is different from your average Axe commercial. For one thing, it features exactly zero women in bikinis; for another, it doesn’t make it seem like their creative department is headed by a mouth-breathing 12-year-old.

Accompanied by the hashtag #KissForPeace, the ad opens with a montage of images of various military conflicts: American choppers descending on Vietnam, a doll getting run over by a tanker in an Eastern Bloc country, a Kim Jong-un–esque dictator addressing his subjects, and a shady Middle Eastern oligarch receiving a mysterious briefcase.

By the end of the commercial, the American soldier has dropped his gun to embrace a Vietnamese villager, the dictator is revealed to be celebrating his upcoming nuptials, the dude driving the tanker stops to greet his Taylor Swift lookalike girlfriend, and the oligarch’s briefcase contains a button that sets off fireworks, which he watches with a comely female companion. 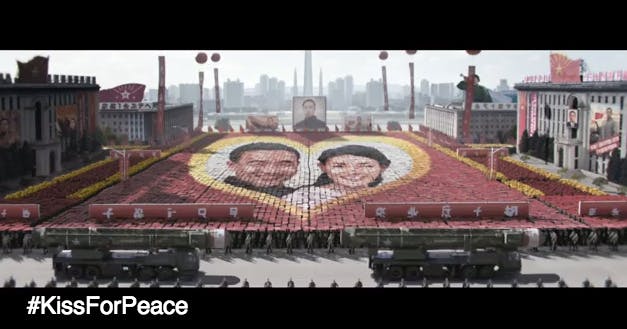 You could argue that the video’s still problematic for a few reasons—no same sex couples, for instance, nor do I imagine that survivors of an oppressive dictatorial regime or the My Lai massacre would take too kindly to the imagery—the tone of the ad is a swift departure from Axe’s usual glib, misogynistic fare, which is definitely a good thing.