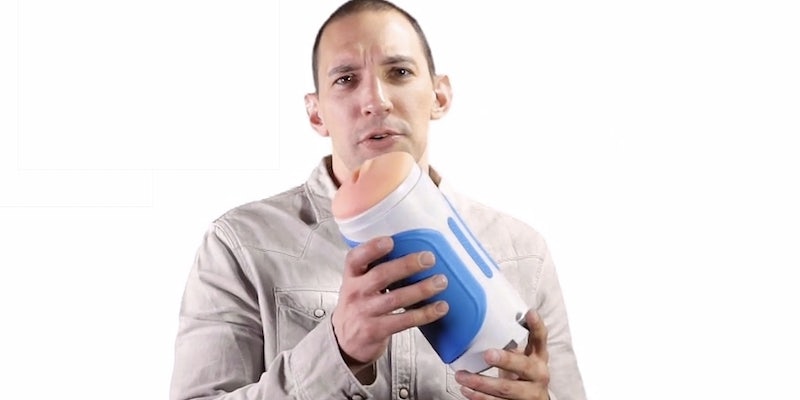 The Autoblow 2 is one of the world's first hands-free, customizable electric male "pleasure machines."

There are a handful of possible reasons why men would be less likely to own a sex toy than women, from societal norms to the fact that it’s just plain easier for men to get themselves off, but Brian Sloan doesn’t buy any of these arguments. He thinks the main reason why male sex toys haven’t blown up the way women’s sex toys have is because there hasn’t yet been a quality male sex toy on the market.

“The problem, basically, with all of these [male] products is that they’re underpowered and built like toys,” Sloan tells me. “I wanted to build something that was built like an appliance, not a toy.”

A former lawyer based in Beijing, China, Sloan has been in the novelty industry for years, creating male and female sex toy lines as well as a brand of latex wear. He started working on the original Autoblow (yes, there was an Autoblow 1) three years ago, after noticing a gap in the market for “high-quality automatic strokers.”

“It was like going to a grocery store and being like, ‘there’s no candy bars, I bet people would love to buy candy bars,’” he says. “It was obvious the market was lacking this type of product, and it was obvious guys would prefer a hands-free experience over a manually operated product.” 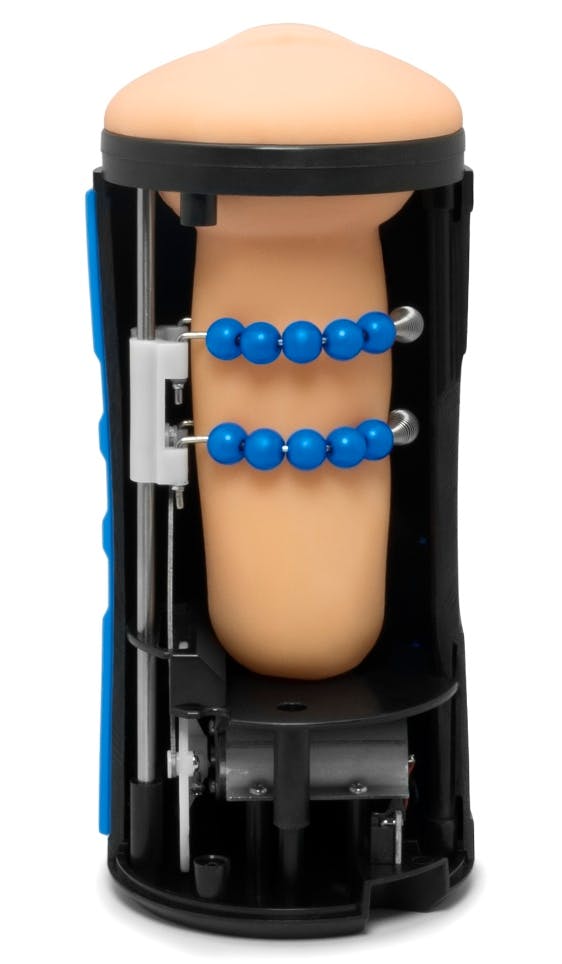 So whether you’re well-endowed or hung like a baby carrot, the end result, Sloan says, is that every user “experiences the same tightness” with the product.

Unlike other male masturbators, Autoblow 2 isn’t battery-operated. You turn it on by plugging it into an outlet, and the machine’s spring-powered beads stroke up to four inches of your penis up and down. The point of this, Sloan says, is to make the Autoblow 2 more durable, so it doesn’t wear out after a few months of use. It also uses an industrial-strength motor, so it doesn’t sputter and die out without notice the way most battery-powered sex toys do.

Sloan has a theory for why men are averse to buying high-priced sex toys like the Autoblow 2: While female sex toy buyers are “suckers for luxury products,” men differ from women in that “you don’t market to them about luxury, you market to them about feeling. The reason why a man would use a $150 product is very simple. It’s because the toy feels better than all the other toys, not because it gives him a luxury lifestyle.”

“I guess it’s kind of a double standard, that it’s normal now for women but it’s not yet normal for men. But I gotta think that it’ll equalize. If women’s products are being sold at Walgreen’s, pretty soon men’s products will be too.”