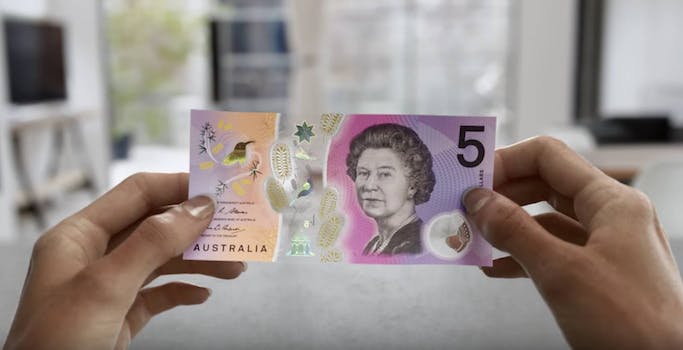 In an effort to make their money more inclusive for the vision impaired, and to fight counterfeiters, Australia has introduced a new $5 note

If you love money, but wish yours had a little more pizzazz, you may want to consider a move to Australia. In an effort to stay ahead of counterfeiters and make their currency more inclusive for the vision-impaired the Australian treasury has introduced a new $5 note. The note features the first clear window in a currency note, along with a cornucopia of other visual flourishes.

Inside the note’s transparent window is a hologram of the Eastern Spinebill that flaps its wings when you move the bill. At the bottom of the note is a holographic rendition of the Federation Pavilion, which shows different angles of the building from different angles. The most important change to the bill, however, is the new tactile features designed to help the vision impaired easily identify the note.

Inspired by a complaint filed with the Australian Human Rights Commission by a Sydney teenager named Conner McLeod, the bill features a raised mark for identification purposes. This simple move will make it harder for the unscrupulous to scam the vision impaired. The $5 note is the first piece of Australian currency being converted to the new format, with the $10 note reportedly being up next. We can only hope that one day America will have such fun money.