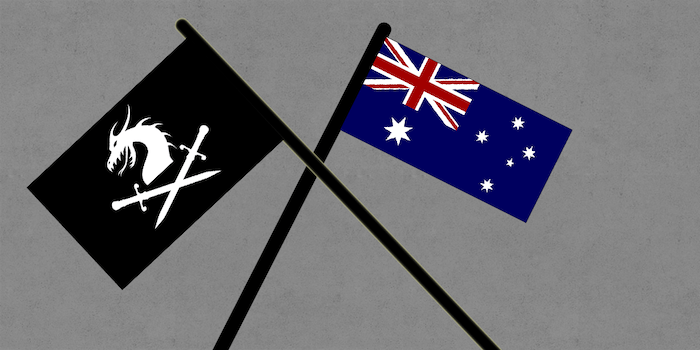 Hold off on those torrents, Australia. America demands you stop stealing Game of Thrones immediately.

Hold off on those torrents, Australia. America demands you stop stealing Game of Thrones immediately.

The U.S. ambassador to Australia, Jeffrey Bleich, wants you Aussies to quit this so-called “Game of Clones.” Belich, a fan of the show, cited a TorrentFreak report suggesting that Game of Thrones was the most pirated TV show in 2012, with Australians among the heaviest offenders.

George R.R. Martin, writer of the books the hit HBO show is based on, last month talked about Australia’s role in propagating pirated copies of the show. Martin suggested the proliferation of Game of Thrones piracy down under was due to the window between the show airing on HBO and its broadcast in other markets. That argument doesn’t really hold (Black)water, Belich argued.

“While some people here used to claim that they used pirate sites only because of a delay in getting new episodes here,” he wrote on Facebook, “the show is now available from legitimate sources within hours of its broadcast in the United States.”

The season three premiere aired in Australia within two hours of its bow Stateside. Episodes since then appear to be broadcast Tuesday afternoons.

On U.N. World Book and Copyright Day, Belich talked about why stealing is bad (TL;DR: Lots of people worked hard to make the show and should be “rewarded for their labors”). He also claimed to understand some of the reasons why people might pirate—easier access, parents refusing to pay for a subscription—but added there was no excuse.

Fair points, all, but there’s probably little chance of his words having any effect. The season premiere of Thrones shattered piracy records last month, with more than a million people grabbing it within a day. HBO’s president of programming even said the high level of piracy was a compliment.

In the U.S., many people either cannot afford or do not want to have both a basic cable package and an HBO subscription. In lieu of an ad hoc HBO subscription and long waits for the DVD release of Game of Thrones seasons, many turn to torrents.

Still, it seems Belich has laid down the gauntlet to Aussies: Stop all this illicit downloading, or you’ll feel his wrath like Joffrey suffering the open palm of Uncle Tyrion across his awful, awful gob.