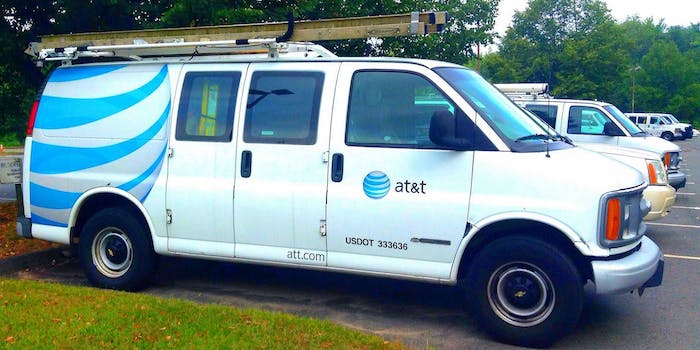 AT&T may be killing the DirecTV and U-verse brands, so here’s a few new name suggestions

AT&T apparently isn’t happy with its DirecTV and U-Verse brands. The telecommunications company is killing them off in 2016 to make way for new branding.

DSLReports snagged an internal employee memo in which AT&T revealed that it would soon start integrating DirecTV, which it recently purchased for $69 billion, into its “iconic” main brand. It’s not outright confirmation that such a change is indeed taking place, but DSLReports has been reliable for such scoops in the past, so there’s a good chance it’s happening.

The process will reportedly begin in January, when the company will slap the AT&T globe logo next to the DirecTV name. In the long term, though, AT&T plans to kill off the DirecTV brand altogether, scrubbing away its existing U-Verse name along with it.

The two services, the company said in its memo, will be merged into a single “next generation TV platform.”

The memo didn’t provide any details on that platform; AT&T either hasn’t figured them out yet or isn’t ready to tell its employees. In any case, we have some ideas for how AT&T should market its TV service going forward.

Tagline: “Because two mediocre services are better than one.”

This one is the no-brainer—don’t stray too far from your existing branding, but integrate the new, unified approach that combines two services that no one felt like they got their money’s worth out of.

AT&T took some heat for its massive acquisition of DirecTV, a stagnant company in a market with no growth potential. To combat that, AT&T needs to go on a full-out brand assault playing up the satellites. Who cares if it’s a worse signal that gets interrupted by clouds? It comes from space, y’all!

Name: Definitely Not AT&T, If That’s What You’re Thinking

Tagline: “That was those other guys.”

A rebrand is the perfect opportunity to leave behind the negative connotations that were attached to your old name and establish something new. This is AT&T’s shot to really hammer that home.

If there is one universal complaint about all Internet and cable providers, it’s that they never show up when they say they will. AT&T can embrace that with a tongue-in-cheek name that will give customers a chuckle while they wait for their installer to arrive sometime between summer solstice and winter solstice.

Tagline: “We’re your only choice.”

Thanks to AT&T’s acquisition of one of the other largest service providers, the already barely competitive marketplace got even less competitive. Odds are, if AT&T is in your area, it’s one of, if not the only viable choice for TV and Internet. Call it whatever you want, it’s what you’re stuck with anyway.