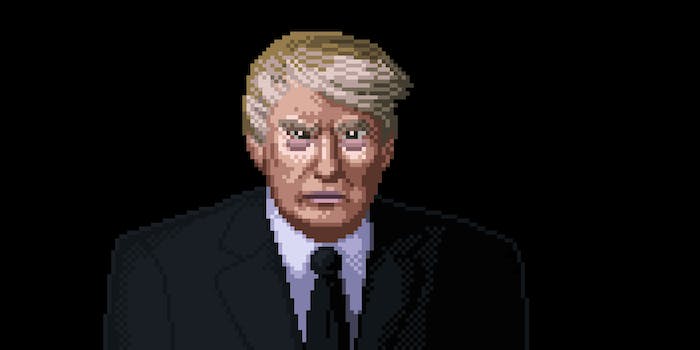 After weeks of being called 'Crooked Hillary,' Clinton fires back.

For weeks, presumptive Republican nominee Donald Trump has been positioning himself as the more open, transparent, and honest of the two major party candidates this year.

This claim is what has inspired his antagonistic nickname for presumptive Democratic nominee Hillary Clinton: Crooked Hillary. The Clinton campaign seems to be embracing that old phrase “turnabout is fair play,” though. Case in point? Their new attack website on Trump’s record, titled Art of the Steal. 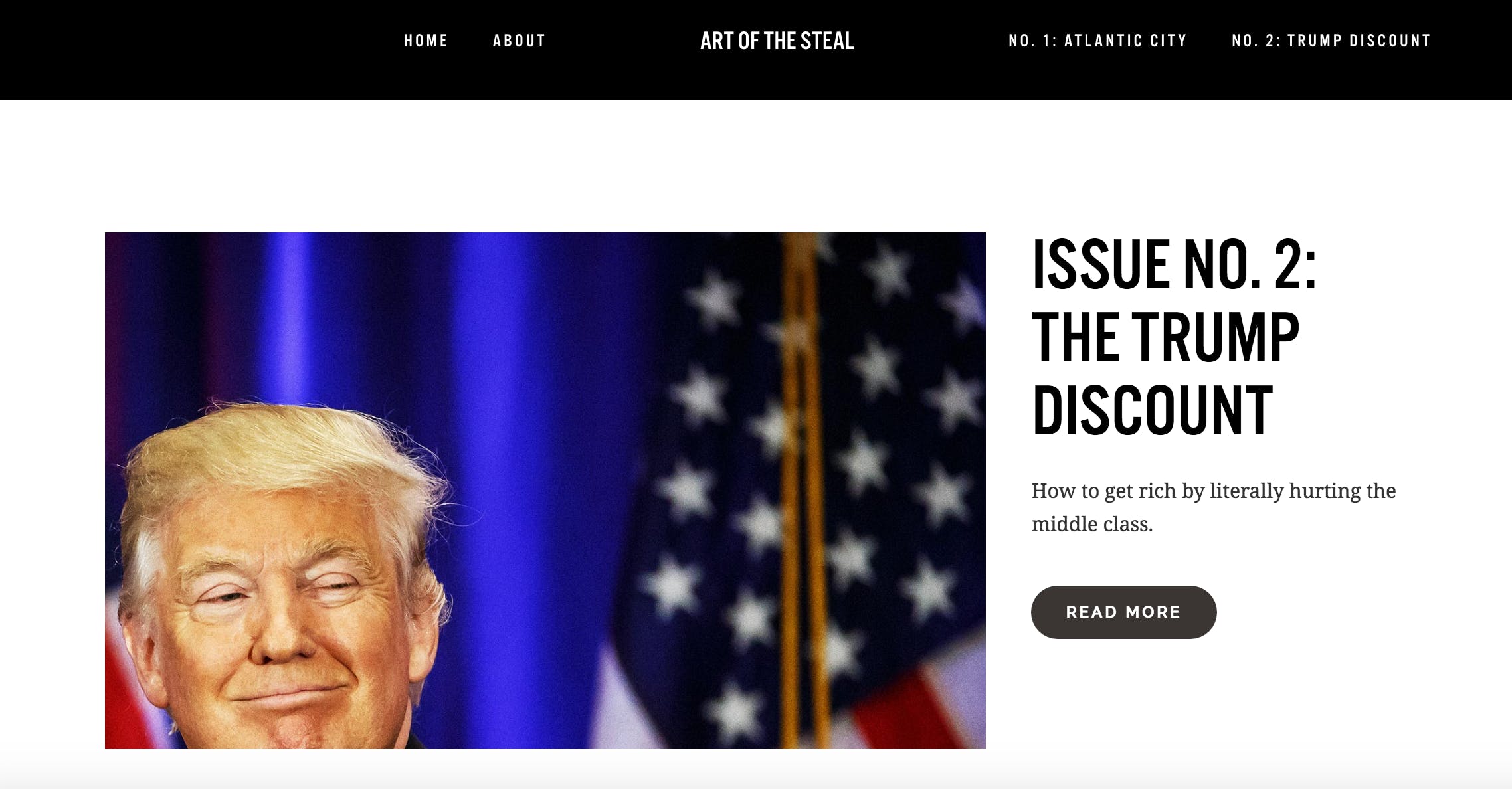 Art of the Steal

While the strength of the wordplay may be in the eye of the beholder, it’s pretty clear what angle Team Clinton is taking to combat Trump’s insinuations as well as battle a growing public distrust of the former Secretary of State.

Recent polls have shown her numbers dip in the aftermath of FBI director James Comey’s criticisms of her private email server scandal—enough to give any progressive voter some heartburn. Clinton still leads Trump nationally, albeit by a narrow margin.

How to even the score? In politics, it’s sometimes easier to tear into your opponent than pump yourself up. That seems to be the approach that this new Clinton opposition research site is taking. Here’s how the website describes itself:

“How’d Donald Trump become a millionaire? He took advantage of every loophole in the book. His companies went into bankruptcy (four times), he played games with his property taxes, and he took tax credits he didn’t need. His sham “university” actively targeted single parents with hungry kids. He oversaw a faux-scientific vitamin pyramid scheme. He ran a vodka company that promised to give its profits to charity.

What’s all of this have in common? He ran his businesses poorly, and left middle class families holding the bag. Over the next few months, we’ll be laying out how Trump’s career matches up with his policies– policies that would throw our country into default, balloon the debt, and cost millions of jobs, and only benefit the mega wealthy. He’s run his career like he’d run the economy. It’s bad business that’s bad for you.”

So far, Art of the Steal?a reference to Trump’s 1987 book the Art of the Deal?only has two entries, which highlight specific business dealings by Trump that the Clinton campaign clearly hopes will hurt the real estate magnate in the eyes of anyone who learns about them. In fact, this one line pretty much sums up the playbook they’re trying to run against him: “He’s Mitt Romney but bad at his job.”

The two hits that are posted so far: Trump’s business record in Atlantic City and his oft-reported habit of refusing to pay contractors after they’ve completed their work, instead forcing them to sue, or to take far less money than owed. This takeaway quote from the latter page gives a pretty good sense of the sort of character and ethics-based attacks Trump will be weathering in the weeks and months to come:

“He could have hired a big company to do this work, but he hired the little guy—small businesses and vendors—and then used his power to force them to accept pennies on the dollar of what they’re owed. His business strategy was literally taking advantage of middle class families.  As the Newark Star-Ledger put it, he’s a “master grifter.” Donald Trump talks a lot about how he’s fighting for the little guy, but at the end of the day, the only guy he’s fighting for is himself.”

In short, if you’re keen to learn some not-so-flattering information about Trump, then this could end up being a pretty strong resource. The content regarding Trump’s alleged habit of refusing to pay stands out as a particularly striking example—one that could do him real damage regardless of political leaning. Whether liberal or conservative or something else altogether, nobody likes the idea of getting stiffed by an ostensible billionaire.