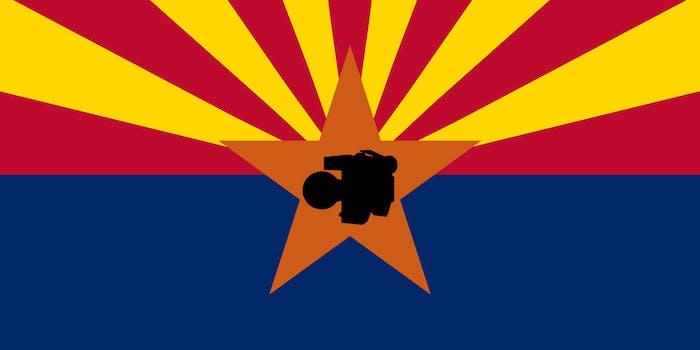 "It's extremely troubling," says the ACLU.

While the debate rages over whether such laws should specify if the person who publishes photos intended to cause harm to the person depicted in them—if yes, they don’t protect every victim; if no, it could run into free speech concerns—Arizona’s definition takes it even further.

“So posting a disembodied picture of a woman’s breast—so long as you ‘should have known’ they didn’t consent—could support a felony charge,” she said. “I think the law is overbroad and covers a significant amount of fully-protected speech.”

Mary Anne Franks, an associate professor at the University of Miami School of Law, helped craft the Arizona law and similar legislation for other states. She says Arizona’s law provides the proper punishment for those who publishing photos online without the subject’s consent, but stipulates that it leaves little room for cases that may benefit the public.

“It’s the first state law to categorize this conduct as a sex offense, which is key to social understanding of the harm, and the felony classification underscores its seriousness,” Franks told the Daily Dot in an email. “I do wish that it included an exception for disclosures made in the public interest.”