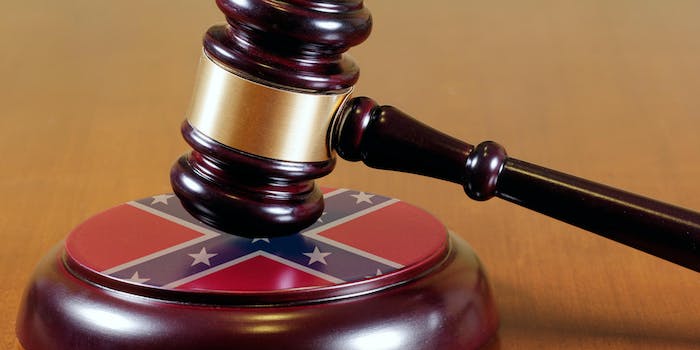 Arizona wasn't part of the Confederacy.

The tweet in question was by Scott Greer, formerly of the right-wing publication the Daily Caller. Greer left the conservative outlet when it came to light that he’d been writing under a pseudonym for a white supremacist publication associated with Richard Spencer, the Atlantic reports.

According to a screenshot posted by Nick Martin of the Informant, who first unearthed the retweet, Rogers retweeted Greer’s call to recognize Lee-Jackson Day within minutes.

Lee-Jackson Day was a state holiday in Virginia in honor of the generals.

In 2000, Virginia moved Lee-Jackson Day to the Friday before MLK Jr. Day. The state eliminated the holiday in 2020.

Arizona does not recognize Lee-Jackson Day. The state was founded more than 50 years after the Civil War ended.

After spending a decade trying and failing to get elected, Rogers finally won a seat on the state senate in 2020. Her profile has grown significantly since then. She spoke at former President Donald Trump’s rally on Saturday.

The Arizona Republic reports that she raised $2.5 million for her state senate reelection campaign last year—more than any gubernatorial candidate in the state.

An op-ed in the Republic describes her as potentially “the kookiest person to ever sit in the Arizona legislature.” It also notes that she spread a false, QAnon-esque rumor that a Republican rival was linked to a sex trafficking ring during her failed bid for a seat in Congress in 2018.

In a subsequent tweet, Martin noted that Rogers has lately taken to praising white nationalist Nick Fuentes. In one tweet, she wrote of Fuentes: “We love you.”

Others posted screenshots of Rogers’ previous problematic tweets, including one calling for people to retweet if they are “pure blood,” which many see as a racist term.

Numerous people tweeted that Greer’s tweet and Roger’s amplification of it were “disgusting.”

“It could be my dyslexia but I kid you not when I saw this picture I read ‘Jackass Day,'” tweeted one.