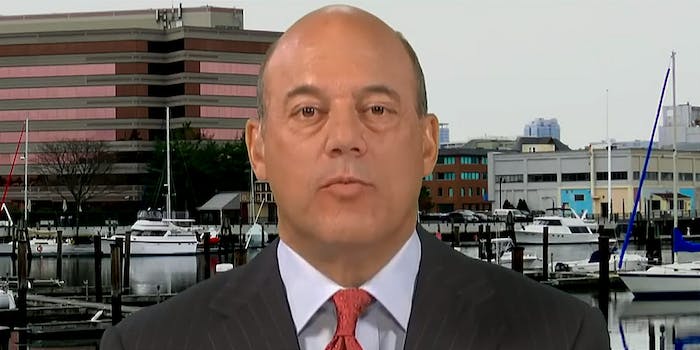 This morning, after lying in repose in the Capitol for several days, the body of former president George H.W. Bush was transferred to Washington National Cathedral, for his state funeral.

Attending the funeral of Bush were all the living vice presidents of the past several decades: Walter Mondale, Dan Quayle, Al Gore, Dick Cheney, Joe Biden, and Mike Pence. All of them were there, except, according to former George W. Bush press secretary Ari Fleischer, one glaring omission.

And who skipped the funeral of George H.W. Bush?

“Every VP since 1977 is at President Bush’s funeral, except one. Mondale, Quayle, Gore, Cheney, Biden, and Pence are there. The only one missing is President Reagan’s VP, George HW Bush,” Fleischer tweeted.

Every VP since 1977 is at President Bush’s funeral, except one. Mondale, Quayle, Gore, Cheney, Biden, and Pence are there. The only one missing is President Reagan’s VP, George HW Bush.

he is also at the funeral https://t.co/jLdJpDXxSU

Wait a minute. He's there, too. https://t.co/VQkjMz6kbP

In related news, former New York City Mayor Rudi Guiliani tweeted about being at the funeral—with a typo. He meant “consequential” and not “consequently.”

The service for President George H.W. Bush was very fitting for such a good man. His son’s eulogy was beautiful. I had the great honor of working with President Bush in the Reagan administration. He set the standard for contributing VPs. His Presidency was truly consequently.