Secret launches a new page for all of SXSW’s gossip

What’s the one thing techies love more than Secret, the new anonymous-ish, Whisper-esque sharing app that launched earlier this year? Secret at SXSW, a new page devoted to sharing gossip from the most happening tech conference south of the Mason Dixon line.

Launched just in time for SXSW 2014, Secret at SXSW is the destination for gossip-hungry startup bros who want to distract themselves from thinking about how much they have to pee during sessions.

Equal parts intimate (“I really miss my conference boyfriend from last year”), sordid (“I want a conference hookup at #sxsw so I don’t feel so alone when traveling for work”) and insider-y (“That thing Josh Constine and David Byttow mentioned about dominatrixes beating up CEOs in Silicon Valley? That is a real thing”), Secret at SXSW is like the CollegiateACB of South by Southwest, except with more breathless reports of celebrity encounters. Even if you don’t happen to be in Austin this weekend, or only have a passing interest in the tech world, it’s a pretty fun read.

Here are a few highlights: 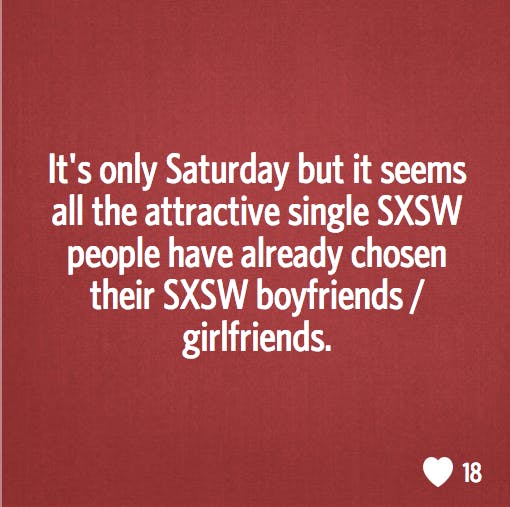 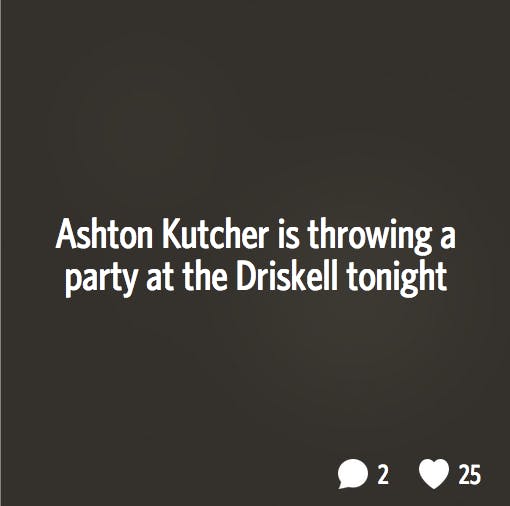 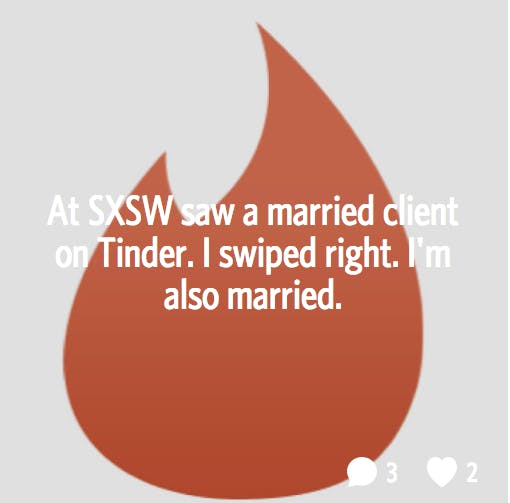 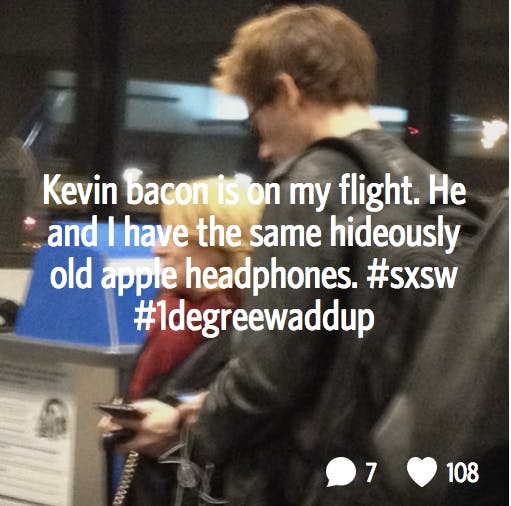 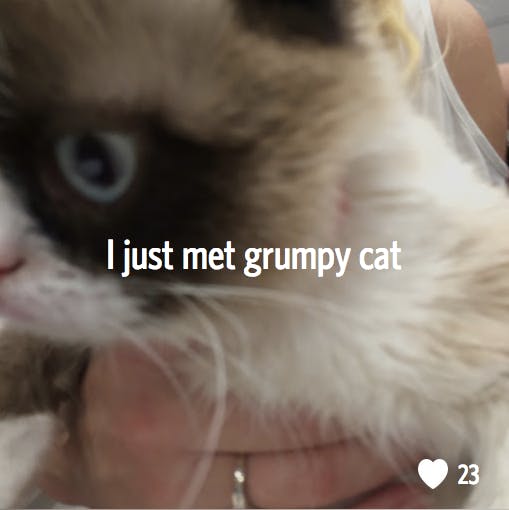