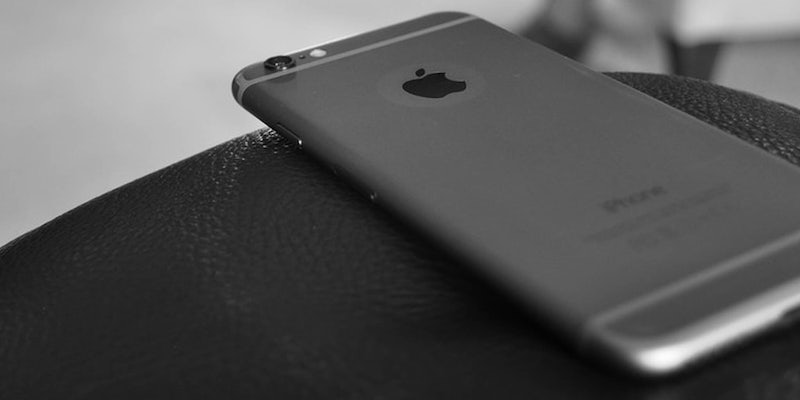 This week’s best apps let you listen to music with a friend, tune your guitar, and get cultured

You can even learn to code. The year is 2398. After a catastrophic war the only thing left living on the planet is a system of sentient computers known as Nightgate. You take control of a flicker of light who must traverse the dark and terrifying digital world that’s been left behind after the war. Developed by Semidome, the folks behind Last Voyage, Nightgate is a part cyberpunk nightmare, part arena survival game. With a stunning deceptive minimalist style, Nightgate keeps its cards close to its chest until suddenly the seemingly simple graphics unfold into complex nets of living geometric enemies, traps, and projectiles.

With 50 levels to explore and survive, all accompanied by 40 fantastic minutes of original music, Nightgate is a surprisingly deep twist on survival shooting. Difficult, beautiful, and almost psychedelic, this title is well worth your $2.99. Just make sure to play it with headphones. You won’t want to miss a second of the music. 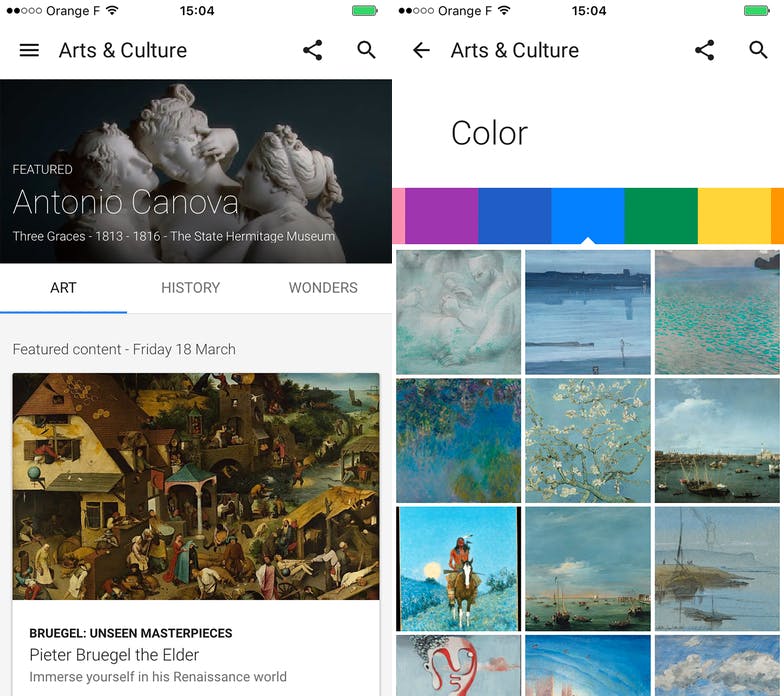 Not everyone can afford to travel to the ends of the Earth, but if you’ve got a smartphone you can afford to learn. Google’s Arts and Culture app is a great place to start, with access to virtually visit thousands of museums, art works, and landmarks around the world. Zoom in on art to look at its fine details or take 360 degree panoramic tours of museums as you better yourself and your mind. The app has recently gotten even better for nature fans with the introduction of 360-degree virtual tours of America’s national parks.

Visit volcanoes in Hawaii, caverns in New Mexico, the Kenai Fjords in Alaska and more. Rather than focus on places you may have already visited, like Yellowstone, the parks featured in the app are the unsung wonders of the American park system. A ranger will guide you on your way through each park as you fly over exploding lava or swim through reefs in Florida. Just because your body can’t travel doesn’t mean your mind can’t. 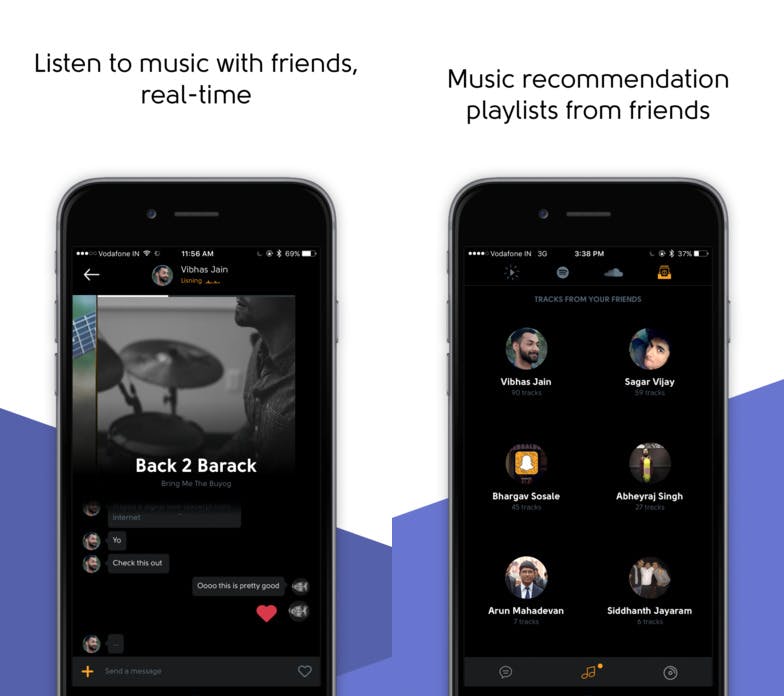 Sharing music is a major part of friendship for a lot of people. You may remember meticulously crafting cassette mix tapes for love interests and close friends, or even just sharing a personal playlist with the world. The common connection is the joy people get from sharing the music they love. Lisn is an app that wants to bring back the joy of sharing music with others. Utilizing Spotify or Soundcloud, Lisn users can send tracks to their friends, which they can listen to in real time or at a later date if they have time.

When a friend chooses to listen to a track you send them, you receive a push notification, allowing you to jump into the app and listen to the song along with them. You can even have a discussion about the song via the app’s messaging feature. This co-listening experience is a way for friends to share music a little deeper when they can’t hang out together. Spotify Premium users can listen to full tracks on the app, while people with the free program will be limited to 30 second clips. With millions of tracks to share maybe it’s time you and your friends discovered some new music together. 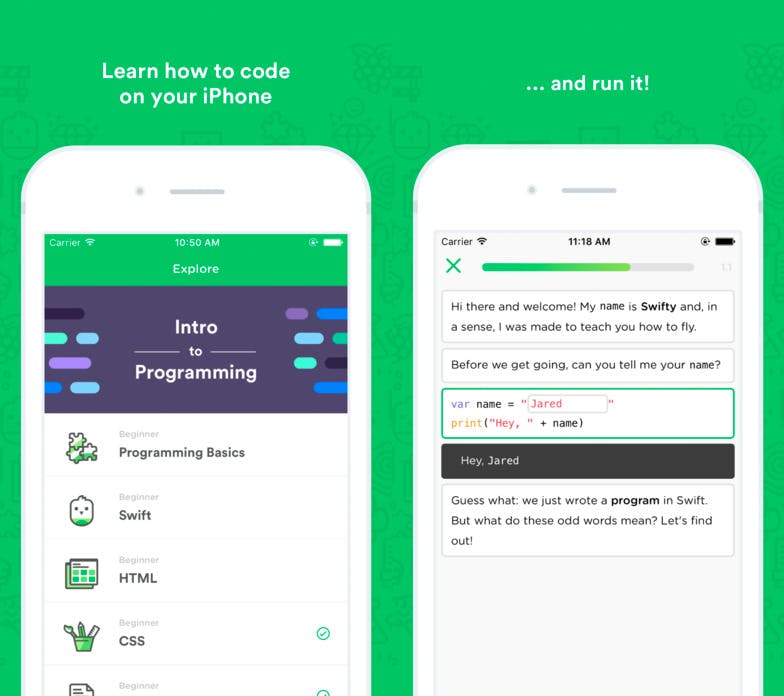 Do you want to learn to code? It’s never been easier thanks to Mimo, a gamified interactive coding program that teaches you the basics of Swift, HTML, CSS, JavaScript, SQL, and more via fun micro-lessons. Learn how to build a website or a database from the comfort of your smartphone. The app itself is free, offering the first two chapters of each programing language for no charge.

If you’d like to unlock all of the lessons you’ll need to subscribe to the Mimo Premium service, which grants offline access, bookmarks, more lessons, and recommendations. The premium price is $49.99 a year, which while expensive is still far more reasonable an amount than taking just one class at your local community college. Give Mimo a spin before you buy premium. Once you’re hooked you might find it the easiest $49.99 you’ve ever spent. 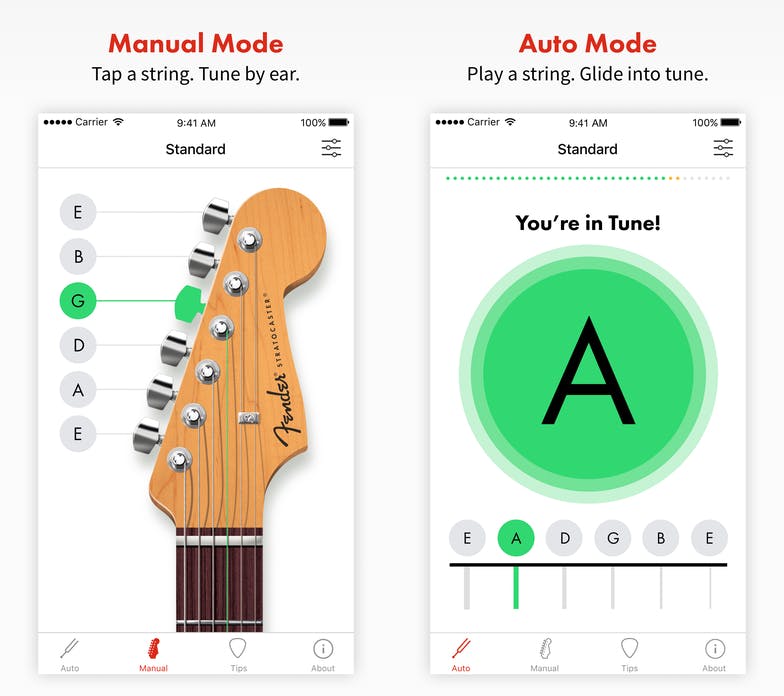 Fender Guitars has released its first app and it’s a powerful yet easy to use guitar tuner. When you activate the tuner it will show you a green meter that measures the ambient sound in the room. When it’s too loud to tune the app will let you know. When you’re in a quiet space simply play each note for the app. Fender Tune will show you via a visual meter whether your note is sharp or flat.

It comes with 11 different tuning options and manual settings for the experimental. You can easily switch between acoustic, electric, and bass guitar tunings, saving your settings for future reference. Best of all it’s free.