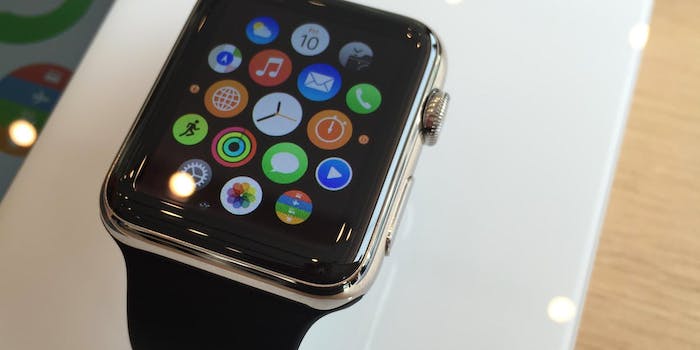 It is and isn't what I expected.

We early adopter types will be waiting an excruciating two weeks for the first wave of pre-ordered Apple Watches to arrive, but that doesn’t mean I could wait to get my hands on one.

After spending over an hour trying out the Apple Watch Friday, here are my first impressions of Apple’s first totally new device since the iPad. Even knowing exactly what to expect, I still managed to come away surprised. Here’s what struck me. 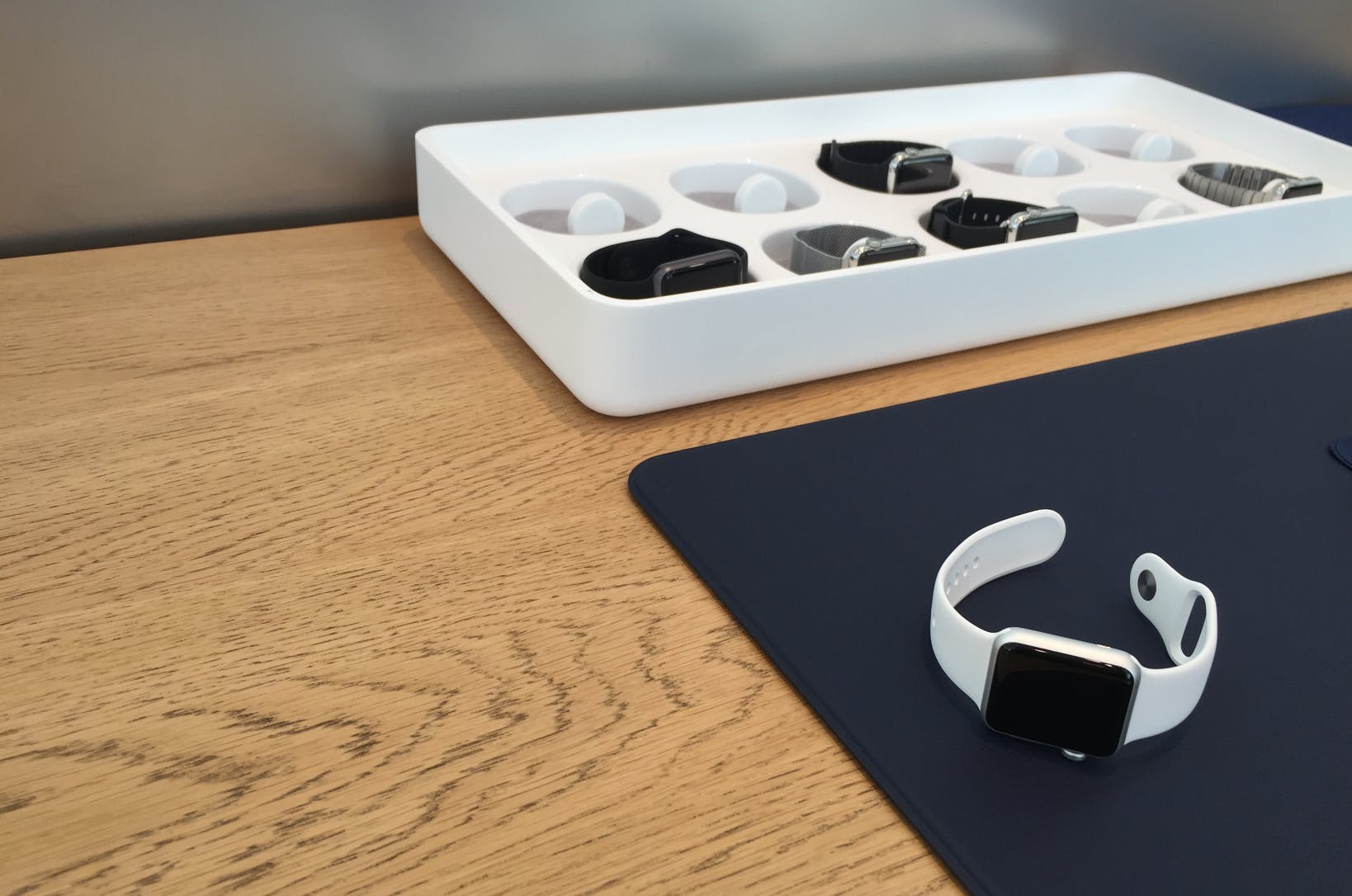 1. The bands are really, really neat

I’d read that Apple’s basic Apple Watch Sport band was quite nice, but this one still surprised me. Apple’s special fluoroelastomer band material sounded like a marketing gimmick, but it’s actually far softer and more supple than the rubberized band on a smartwatch like the Pebble. I expected to lust after Apple’s mid-tier, confusing model just called “Apple Watch,” but the Apple Watch Sport models had plenty of their own appeal and didn’t feel like a compromise.

The leather loop was probably my favorite band, though the one I tried out was too long for my apparently dainty wrist. The whole thing is magnetized, curling around the wrist comfortably, kind of like a very fancy snap bracelet. Remember snap bracelets?! I digress.

It’s going to be really interesting to see how people—normal people, not tech reporters—respond to the Apple Watch when it becomes available. I spent about an hour playing around during my demo session with the device, and it felt like a totally new experience, not one that my historical knowledge of iOS and Apple software mapped onto.

There’s a lot that’s totally new. Everything from the homescreen, arranged like a little galaxy of tiny, clustered apps, to the way you navigate the user interface was a new experience.

3. There are a ton of ways to interact with it

Speaking of navigating, there are many new input methods—a big deal for a company as deliberate and minimalistic as Apple. You can scroll, zoom, and select with the digital crown, bring up a new menu with “force touch,” and double click the main side button to pull up Apple Pay instantly.

Everything felt fresh and reimagined explicitly for a brand new category of device. As Apple’s latest hardware release, I can only hope that some of this stuff points the way toward the next iPhone‘s plans as well.

4. Force Touch is a big deal

The weirdly named “force touch” gesture is sort of Apple’s new thing. The tap has reigned supreme for years, but both the Apple Watch and Apple’s new MacBook can recognize when you press rather than just tap on the screen. In practice this is pretty intuitive.

I figured out how to perform the gesture, essentially just kind of tapping hard, right away, but it was rarely apparent what sort of menu I might conjure. I could definitely see Force Touch sticking around to richen interaction on the iPhone and iPad as well.

5. The Apple Watch wears a lot of hats

With its myriad input options and array of off-the-shelf apps, Apple’s smartwatch invites a surprisingly broad range of interactions with its user. Before I tried the Apple Watch for myself, I was resentful about laying down $350 (at the least) for something that would ferry notifications from my iPhone to my wrist.

I can see now that the Apple Watch is a lot more than that. It combines the feature set of a health tracker, a smartwatch, and a sort of micro-iPhone. Heck, even Apple Pay on its own is a pretty killer trick, and that’s before we’ve flipped through songs, cruised photo albums, responded to texts, checked the map, and sent that mildly deranged emoji dude to everyone in our address book.