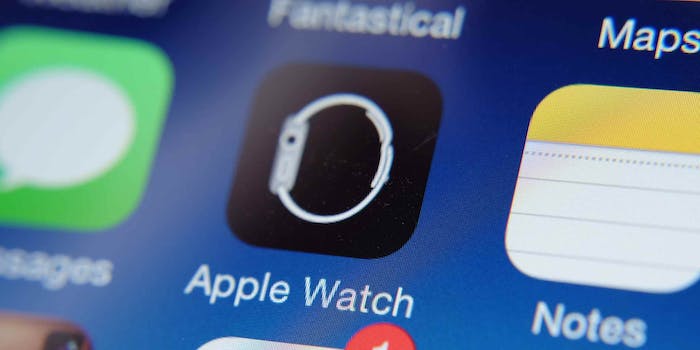 Which Apple Watch review is right for you?

There's one for everybody!

If you follow tech news, you undoubtedly ventured online today only to find an absolute pile of Apple Watch reviews from all corners of the tech sphere. In general, the reviews are quite positive, praising the build quality of Apple’s smartwatch as well as most of its software, but as always there are a few complaints as well.

But the one thing all the reviews have in common is their length. And if you only have time to dive into one of these epic hands-on testimonials, you’ll need to choose wisely.

So we’ve got a way to digest the verbosity within a single glance: via word cloud.

Nilay Patel of the Verge goes with a “day in the life” approach, addressing the way in which most would-be Apple Watch buyers will see the device fit into their daily lives. He focuses on the ways the watch acts as an iPhone stand-in, for better or worse. 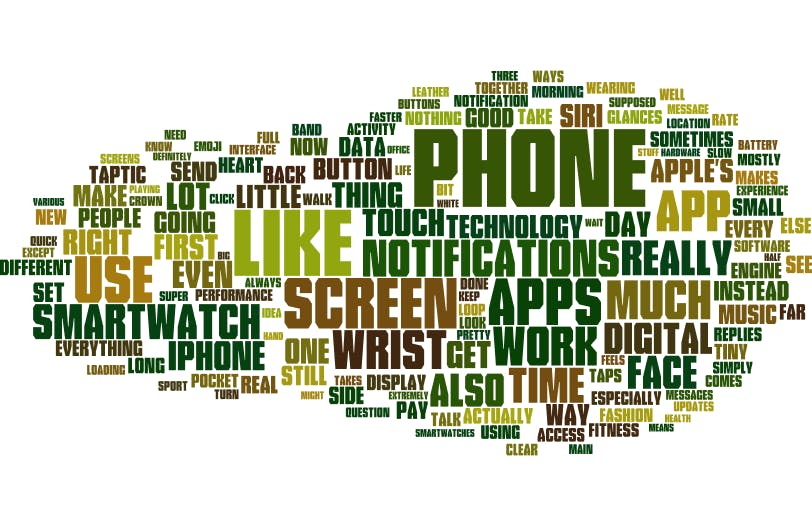 Farhad Manjoo’s review for the New York Times is less focused on individual daily use scenarios and much more on how the watch changes the way a digital life is lived. There are ample predictions about the future of Apple’s device and how the company’s smartwatch efforts could change the way we think of wearable devices entirely. 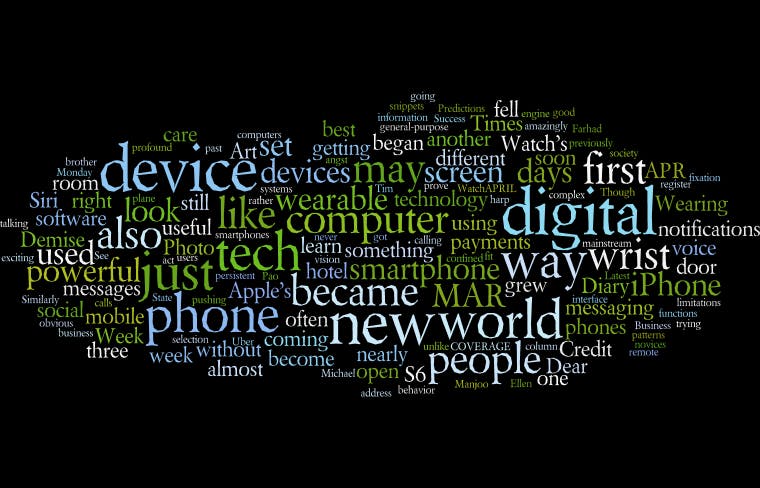 Lauren Goode’s review on Recode tackles the usefulness of the Apple Watch from a few angles, addressing common scenarios but also the potential for the device to replace something you already own, like a Fitbit. 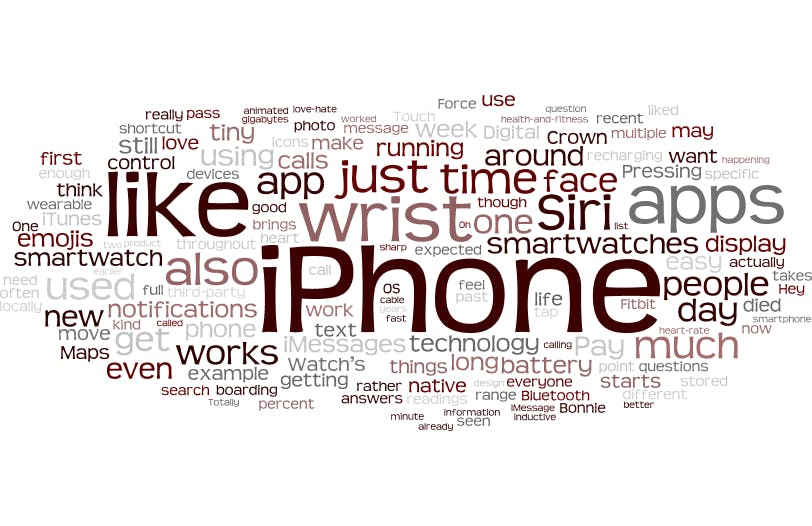 The Wall Street Journal‘s Apple Watch review, written by Geoffrey Fowler, spends a good deal of time explaining why you’d want a tiny wearable computer in the first place, with lots of focus on your first hour or two with the device. Guess where you wear it? 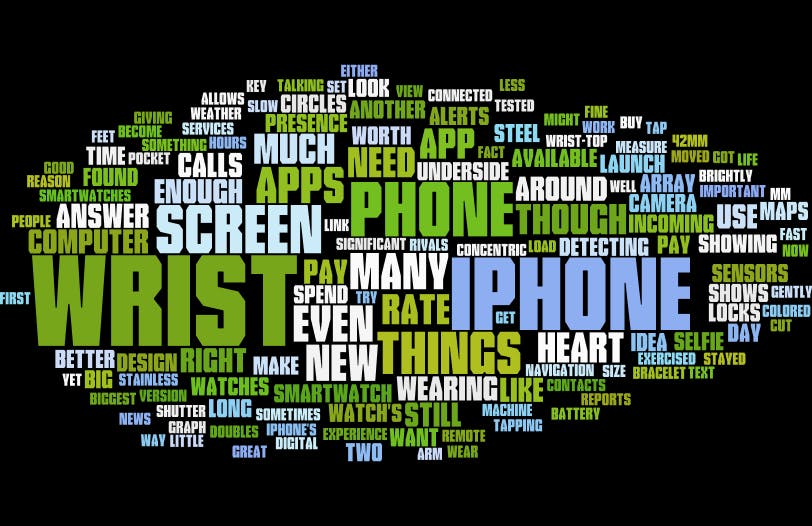 Want to read about the selection of Apple Watch software available at launch? Scott Stein’s review on Cnet is where you’ll find lots of app chatter as well as takeaways regarding battery life and how the device compares to its Android rivals. 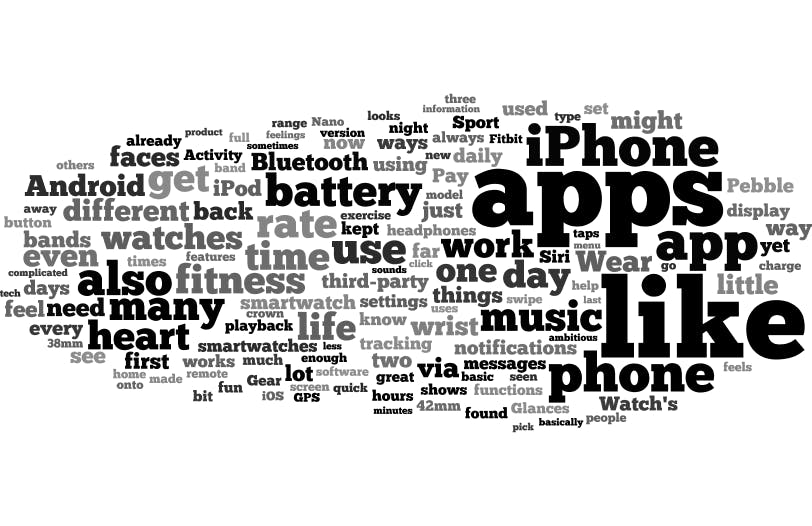 Joshua Topolsky, writing for Bloomberg Business, notes the ways the Apple Watch can both improve your daily life as well as the potential to make it needlessly more complicated. 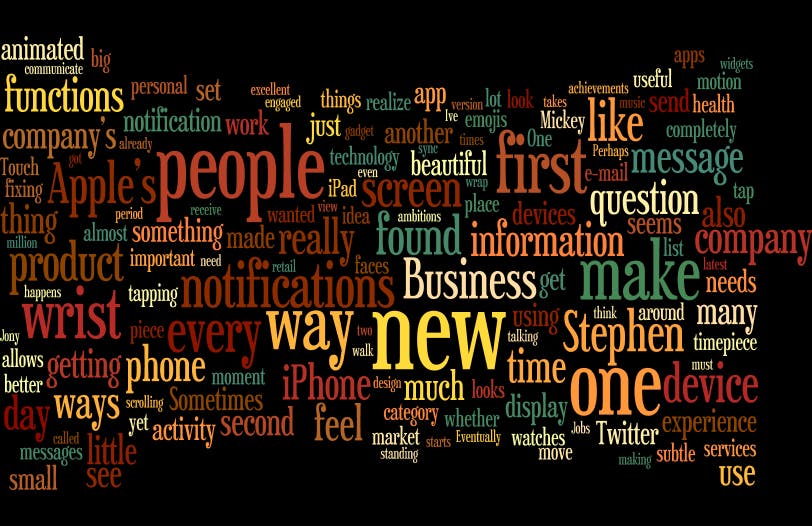