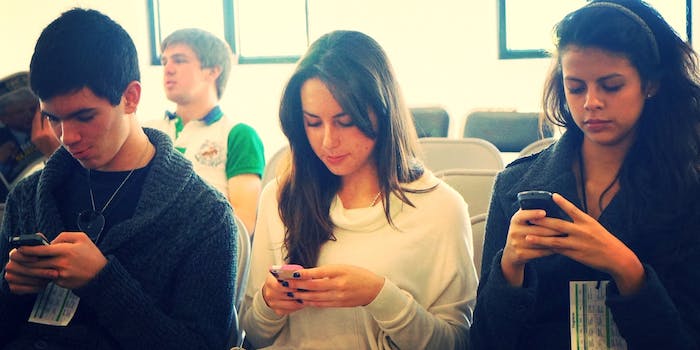 Why smartwatches need Apple to succeed

For now, Apple is still the first one through the door that matters.

Smartwatches aren’t as good as they should be. Companies like Samsung and LG have released smartwatches in the last year, with the Gear 2 and G Watch, respectively, but just about all have been poorly received. We’ve gotten to the point where public interest in smartwatches is being questioned.

The tides, however, will quickly turn once Apple gets in the race.

There have been rumors of the iWatch dating back to 2010, right after the iPad was released. It’s the main reason why companies began exploring smartwatches to begin with. Between 2010 and 2014, smartwatches were developed, built, and released—the problem was, none of those smartwatches were created by Apple, but not for the reasons you may think.

The old idiom “the cart before the horse” stands true in this case. The reason that public interest in smartwatches isn’t established—outside of Pebble, which is well funded but has a niche audience—is simply because Apple hasn’t ignited the market. As we’ve seen with the iPhone leading to the rise of smartphones and the iPad giving the tablet market life, Apple entering a market creates something that its competitors haven’t been able to successfully replicate.

The only exception to this is Samsung, which was able to jumpstart a nonexistent market with dramatic success with the Galaxy Note. There were no “phablets” (an awful name that we still haven’t found a suitable replacement for) before the Galaxy Note. Now just about every smartphone manufacturer makes a version of it, except Apple, of course. Since the release of the iPhone in 2007, the Galaxy Note is the only example of a non-Apple device no one asked for that achieved mainstream success and defined a new market.

It doesn’t matter if you want an iWatch or not—a rising tide lifts all boats. Apple’s presence in a new market makes people pay attention, even if they don’t like the company. The coverage drawn by the world’s most popular tech company leads to its competitors stepping up their game, and better products for everyone.

The tech industry hasn’t grown past needing Apple to use its powers of “Inception” to create a market out of thin air. Apple still sets the market, and attempting to go before Apple in a new market is going against the odds. That doesn’t mean it shouldn’t happen. The industry needs to be able to expand into new areas successfully without needing Apple to knock down doors, but right now that isn’t the case.

According to a number of reports from reliable sources, Apple will release an iWatch later this year. You can chalk it up to excellent hardware, brand loyalty and a rabid fan base, or just being the newest shiny gadget, but in all likelihood, the iWatch will be a success. With that success will follow better and more successful products from the likes of Samsung, LG, Motorola and others. It’s the way the market works today.

Is it the best case scenario for the technology industry? Definitely not, but whose fault is that?