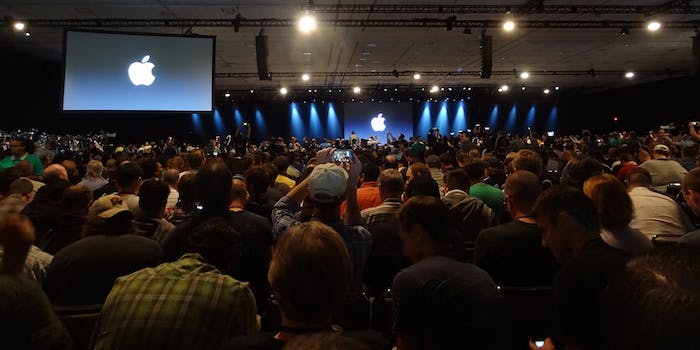 Other tech giants are still aiding the RNC.

Regardless of political preference, the giants of the tech world have come together to help the RNC put on its national convention over the summer. Facebook, Google, and Microsoft will reportedly offer funding and technology for the GOP. One big behemoth will be missing, however.

Apple has reportedly chosen to sit out the Republican National Convention. According to Politico, that decision is entirely based on presumptive GOP nominee Donald Trump.

The company is reportedly incensed at the Donald’s inflammatory comments about minorities, specifically his vow to deport millions Muslims and prevent them from entering the country as well as his insistence that he will build a massive wall between the United States and Mexico, which our neighbors to the south are expected to pay for.

HP will also be missing from this year’s convention. It made a vow to withhold involvement following the 2012 Republican National Convention. Microsoft has similarly decided to withhold funds and only provide software and hardware.

Facebook is all-in, as is Google, which will provide livestreaming services for those who can’t make it to Cleveland in July.