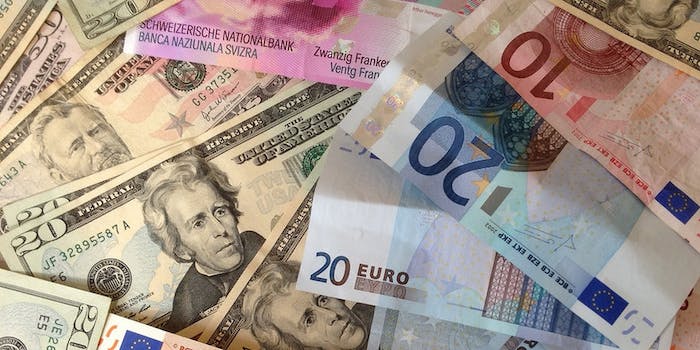 Apple made $75.9 billion in the last 3 months—but it almost made way more

As expected, Apple released the details of its Q1 2016 earnings today following the close of U.S. trading and, as has been the case each year in recent memory, the company announced a record-breaking revenue figure.

Apple reported a revenue figure of $75.9 billion, with an iPhone sales number of 74.8 million, which is roughly 300,000 more units than the company sold in the same quarter of 2015. The number of active devices was also reported for the first time ever, with Apple boasting more than 1 billion iPhones, iPads, Apple TVs, Macs, and other devices being used in the past 90 days.

Despite these impressive numbers, it still wasn’t quite enough for some analysts who had forecasts pointing slightly higher. Apple’s sales figures have never quite been enough for many on Wall Street, and even when the company has outpaced its own projections—which has happened more often than not in the past five years or so—analysts have had a habit of overshooting even those lofty, record-breaking numbers.

Unexpectedly, Apple did not reveal individual sales figures of the Apple Watch or iPad Pro, both of which have been big question marks for the company in recent months.

In order to highlight some of the key factors that affected the revenue figure, Apple took the unusual step of providing additional materials in its standard earnings document. These added supplements, which CEO Tim Cook himself took time to address during the company’s customary earnings conference call, showed how Apple’s earnings would have looked if foreign currency markets had remained stable. These “constant currency” reports revealed that, taking the various fluctuations into account, Apple would have reported an even more jaw-dropping revenue figure of $80.8 billion.

During the company’s call, Apple CFO Luca Maestri noted that, despite yet another record figure, the company does face an uphill battle in the immediate future. Various foreign economies have been struggling, including China, which has been a huge area of growth for Apple. That hard road isn’t expected to get easier any time soon.

Photo via Mark Hodson/Flickr (CC BY 2.0)