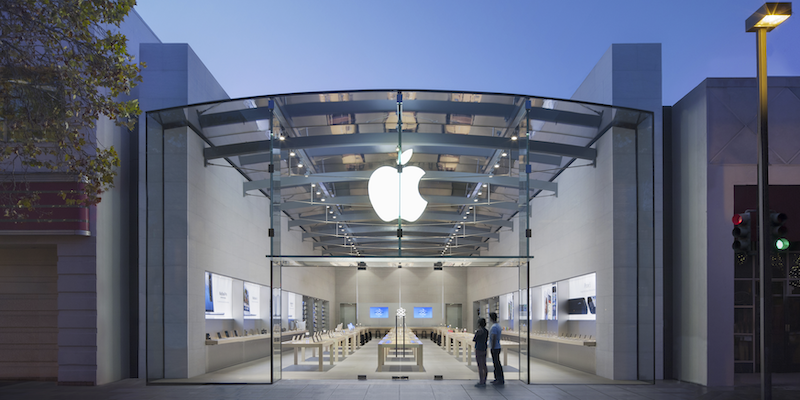 Apple speaks out against Trump’s reversal of trans bathroom protections

Apple issued a statement against the administration’s latest decision.

Under CEO Tim Cook, Apple has become increasingly vocal in the political sphere, particularly in matters of discrimination and gender equality. (In fact, Cook penned an op-ed about workplace equality in 2013, before officially coming out as gay in 2014.) Now, as our current administration works to roll back the advances in gay and transgender equality set forth during the Obama administration, Apple is again taking a public stance to protect the rights of the LGBTQ community.

On Wednesday evening, the Trump administration rolled back regulations protecting transgender students in public schools. The regulations afforded students the right to use the restrooms that correlate to their personal gender identity. Apple issued a public statement on the matter shortly thereafter.

“Apple believes everyone deserves a chance to thrive in an environment free from stigma and discrimination,” the company wrote. “We support efforts towards greater acceptance, not less, and we strongly believe that transgender students should be treated as equals. We disagree with any effort to limit or rescind their rights and protections.”

Apple has previously spoken out against other Trump administration measures as well. Regarding Trump’s immigration ban, Cook wrote in an email to employees that “Apple would not exist without immigration” and that it was a policy that the company does not support.

If our country’s leader is such a shrewd business person, then perhaps words from one of the world’s most profitable companies will make a dent in the echochamber.