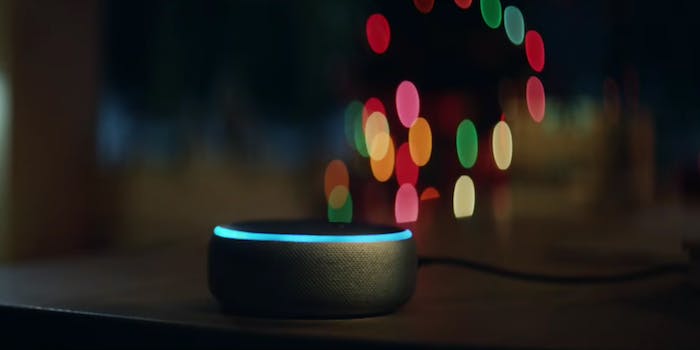 Just in time for the holidays.

If you’re an iPhone user with an Apple Music subscription, it may be time to pick up an Amazon Echo device. Apple’s music streaming service is set to arrive across Amazon’s Alexa hardware next month.

Starting the week of Dec. 17, Echo users can download the Apple Music skill and tell Alexa to play music through their subscription. From Echo Dot to Echo Plus, users can play albums, artists, songs, or playlists through their device.

“Music is one of the most popular features on Alexa—since we launched Alexa four years ago, customers are listening to more music in their homes than ever before,” Amazon Devices’ senior vice president Dave Limp said in a blog post. “We are committed to offering great music providers to our customers and since launching the Music Skill API to developers just last month, we’ve expanded the music selection on Alexa to include even more top-tier services.”

The feature is set to arrive just in time for the holidays, and it’s a significant step forward for Apple Music. Previously, the subscription-based music service was only supported on Apple operating systems, Apple TV, PC, and Android. Apple Music’s appearance on a non-mobile, non-Apple hardware lineup suggests Apple may be interested in expanding its music platform to other smart devices too.

In the meantime, Amazon’s Echo devices are on sale, with steep discounts on both the Echo and Echo Dot. For music fans interested in picking up their own Amazon device, now may be the best time.