Here's the 'Magic Toolbar' in action.

Apple’s new MacBooks are set to debut at Apple’s event on Oct. 27, but the company seems to have already taken some of the wind out of its own sails. Photos hidden within the new Mac OS Sierra show off a new Apple Pay feature that utilizes an unannounced feature of the upcoming MacBook Pros. 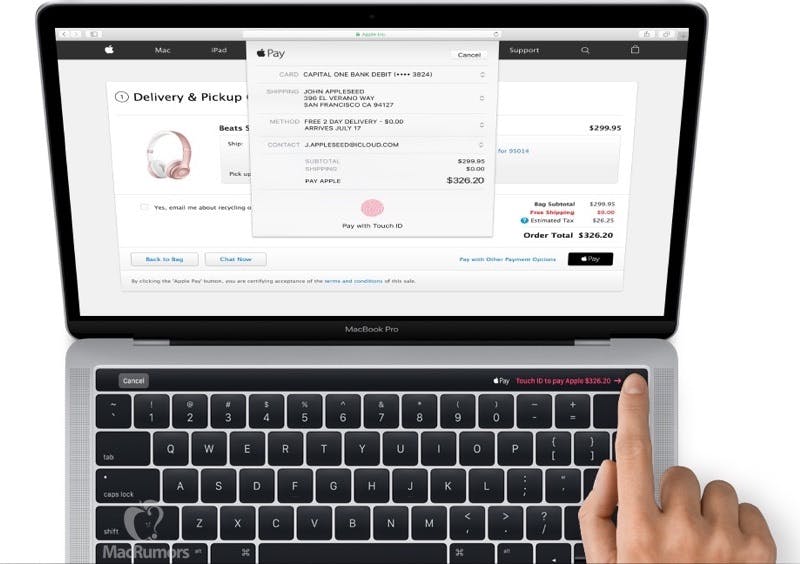 We’ve heard for a while now that Apple’s new MacBook Pro will do away with the standard row of function keys in favor of a thin touchscreen, and while the rumors have been well-sourced, there wasn’t a ton of concrete information. These images, which were reportedly found within Mac OS Sierra 10.12.1, not only confirm the feature, but do a great job showing why you’re probably going to want it.

The long, thin display clearly functions via touch, as a “Cancel” button is displayed in one of the images, and there is also a Touch ID panel on the rightmost end of the bar. The images show the Touch ID payment process and a contextual command appearing on the secondary display.

The leak fits in perfectly with all of the most credible rumors over the past year or so, but there’s sure to be at least a few new bits and pieces for Apple to show off that haven’t yet surfaced. We’ll find out a lot more about the new MacBooks during Apple’s event in a couple of days.