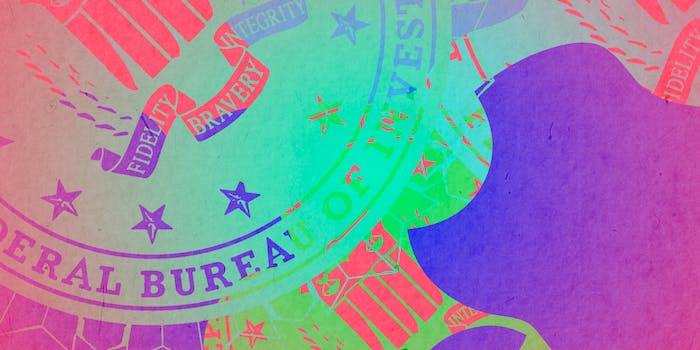 Apple wants a new judge to throw out a court order that it calls dangerous.

The Justice Department on Thursday objected to Apple‘s call for a federal judge to overturn a court order concerning a dead terrorist’s iPhone.

“Apple deliberately raised technological barriers that now stand between a lawful warrant and an iPhone containing evidence related to the terrorist mass murder of 14 Americans,” Obama administration lawyers wrote in the government’s filing. “Apple alone can remove those barriers so that the FBI can search the phone, and it can do so without undue burden. Under those specific circumstances, Apple can be compelled to give aid.”

“That is not lawless tyranny,” the government said of the order. “Rather, it is ordered liberty vindicating the rule of law. This Court can, and should, stand by the Order. Apple can, and should, comply with it.”

A magistrate judge in California ordered Apple to write special software that would let the FBI flood the iPhone used by San Bernardino shooter Syed Farook with password guesses. Apple objected publicly and in court documents, calling the order dangerous and unprecedented, and it formally appealed the ruling on March 2, triggering review by the region’s district court.

Apple has argued that complying with the order, issued under a broad law known as the All Writs Act, would set a troublesome legal precedent that could force Apple to help the government by writing other kinds of software, potentially inclusive surreptitious surveillance code.

In a conference call with reporters on Thursday afternoon, Bruce Sewell, Apple’s general counsel, blasted the Justice Department filing, saying, “In 30 years of practice, I don’t think I’ve ever seen a legal brief more intended to smear the other side.”

“I can only conclude,” he added, “that the Department of Justice is so desperate at this point that they’ve thrown decorum to the winds.”

“They have asked us to build a backdoor to the iPhone,” Apple CEO Tim Cook wrote in an open letter to customers the day after the ruling. “While we believe the FBI’s intentions are good, it would be wrong for the government to force us to build a backdoor into our products. And ultimately, we fear that this demand would undermine the very freedoms and liberty our government is meant to protect.”

Apple and the third parties supporting it in the case have argued that courts cannot require it to help investigators unlock iPhones based solely on the All Writs Act. A magistrate judge in a separate case in New York recently agreed with that argument, though the government has appealed that decision.

But the Justice Department contended that Apple’s argument was wrong. Apple, it said, could be compelled to write code despite court cases finding that code is speech. And Apple’s estimate of the time and resources needed to comply with the order did not represent an undue burden, the filing argued, “especially given Apple’s vast resources and the government’s willingness to find reasonable compromises and provide reasonable reimbursement.”

“At most,” the government argued, “the Order compels conduct—namely, the removal of barriers from Farook’s iPhone—with an incidental effect on ‘speech’ (i.e., programming).”

The filing also rejected Apple’s suggestion that the legislative environment—a wiretapping law prohibiting certain forms of compelled assistance, plus the absence of a law requiring this specific form of aid—made the order invalid. “Congress has not enacted legislation that specifically confines the courts’ power here,” the government told the court. “Its silence says nothing.”

The fight over the San Bernardino shooter’s iPhone is part of a broader debate about whether tech companies should design their encryption so that they can bypass it when presented with a warrant for customer data. Silicon Valley firms and their allies strenuously oppose efforts to require so-called encryption “backdoors,” while law-enforcement officials argue that they are necessary to prevent terrorists and criminals from “going dark” on encrypted platforms.