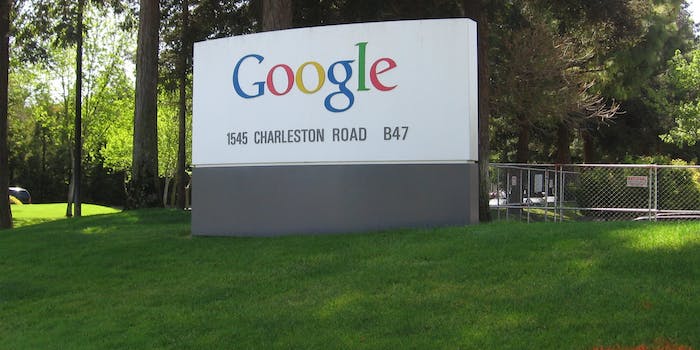 Others slammed the government for its move.

Leading American technology companies have been cautious in supporting Apple for fighting a court order compelling it to help the FBI unlock an iPhone.

Apple said early Wednesday that it would challenge a California magistrate judge’s order to write custom software to help the FBI access San Bernardino shooter Syed Rizwan Farook’s iPhone. But for most of the day, the nation’s most powerful tech firms stood by silently.

Only in the afternoon did statements trickle in from several industry groups representing Silicon Valley powerhouses like Facebook, Google, Microsoft, Twitter, and Yahoo. But those statements were cautious, noting law enforcement’s need to access encrypted devices for investigations and stressing a desire to balance competing privacy and national security.

“We worry about the broader implications both here and abroad of requiring technology companies to cooperate with governments to disable security features, or introduce security vulnerabilities into technologies,” Dean Garfield, president and CEO of the the Information Technology Industry Council, said in a statement.

Apple is not being asked to weaken its encryption in the San Bernardino case, but privacy advocates and security experts nonetheless connected the order to a broader debate over government access to encrypted tech products. Tech companies have largely remained on the sidelines in the most recent phase of that decades-long fight, leaving the pushback to their trade groups.

“The government wants to force companies’ engineering staff to create malware that weakens security on a mobile phone’s operating system.”

Some intelligence and law enforcement officials want tech firms to design their encryption to guarantee investigators the ability to read scrambled communications. FBI Director James Comey has accused Apple of essentially aiding terrorists by implementing encryption that even it cannot break, though that feature is not present on Farook’s older device.

“The government wants to force companies’ engineering staff to create malware that weakens security on a mobile phone’s operating system,” Mark MacCarthy, the senior vice president of public policy for the Software and Information Industry Association, said in a statement. “But this position has massive implications for all software companies, threatening data security generally and opening up tremendous new opportunities for those who want to do harm to individuals and society.”

Reform Government Surveillance, a group that leading consumer tech companies started in response to the Edward Snowden leaks, offered an even more measured take on the issue.

Tech companies may be hesitant to engage more directly and vociferously because survey after survey shows that Americans are divided on the question of how far the government should go to protect them.

Even before the late 2015 San Bernardino and Paris terrorist attacks, research showed Americans endorsed measures that have sometimes proved controversial. And nearly half of respondents in a January 2015 Pew Research Center survey said that counterterrorism efforts did not go far enough—12 percentage points higher than the proportion saying such measures had gone too far.

The fiercest statement on the Apple case came from the Computer and Communications Industry Association, a more progressive trade group. “If governments compel tech companies to weaken the security that users demand,” it said, “they are also creating the vulnerabilities that hackers, terrorists, or other nefarious actors need.”

The only major tech firm to separately comment was Google. Its CEO, Sundar Pichai, addressed the case in five very cautious tweets, saying that if Apple were forced to comply and help the FBI access the phone, it “could be a troubling precedent.”

Google, like Apple, introduced full-disk encryption in its Android mobile operating system in 2014, although it did not enable it by default. Full-disk encryption prevents the device or operating system’s manufacturer from bypassing it, a fact that officials like Comey and Manhattan District Attorney Cyrus Vance, Jr., have seized on to claim that Apple and Google are aiding terrorists.