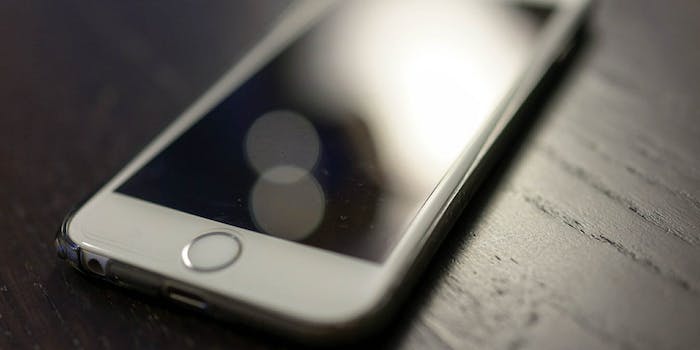 'They are asking for a restructuring ... of Apple's operating system.'

A former director of the Central Intelligence Agency said Friday that the government isn’t being honest in its case against Apple over the iPhone used by one of the San Bernardino shooters.

“It seems to me they are asking for a restructuring, more or less in perpetuity, of Apple’s operating system,” James Woolsey, the CIA director from 1993 to 1995, said on CNBC’s Squawk Box. “And I don’t think they ought to have the right to do that.”

That is not the government’s position. The Justice Department has repeatedly argued in court filings that it is only interested in having Apple write custom software to help the FBI access the phone in the San Bernardino case. On Feb. 16, it got a court order forcing the company to do that.

Apple, which has appealed the order, argues that complying would set a dangerous precedent by empowering courts to demand more dangerous forms of assistance from companies, like installing surveillance malware in suspects’ phones using over-the-air updates. But looming in the background is a broader debate about the role of encryption in American society—a debate in which some officials have, as Woolsey suggested, raised the idea of dictating the design of commercial encryption.

Law-enforcement and intelligence officials, concerned that terrorists and criminals are hiding on encrypted platforms, want companies like Apple to design their encryption with special holes that they can use to access customer data if presented with a warrant. Technologists and privacy advocates argue that these so-called “backdoors” would weaken Americans’ security while driving bad actors to unregulated foreign platforms.

The Justice Department has urged a judge to ignore Apple and its defenders’ sweeping arguments about the effects of the order on encryption, saying that the case concerns one phone and does not impose design mandates. But Woolsey, echoing Apple’s arguments about precedent, dismissed that narrow framing.

If the Justice Department did want to impose technical design mandates, it would have to get Congress to amend the Communications Assistance for Law Enforcement Act of 1994. CALEA requires phone and Internet providers to use wiretap-friendly equipment but prohibits the government from requiring them to design the equipment in a particular way. It also exempts companies like Apple—which sell Internet-connected devices but not Internet access itself—from having to design wiretap-friendly equipment at all.

Woolsey said that, while he respected the FBI’s mission, he didn’t consider its leaders “very good telephone designers,” and he expressed concern at the idea that the government wanted to “effectively decide what kind of an operating system Apple was going to have.”