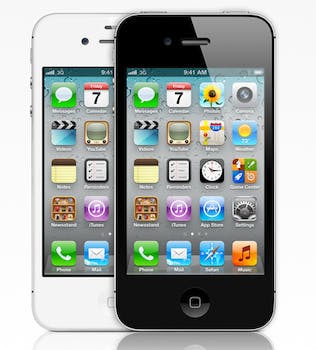 The Apple iPhone 4S announcement gets a collective “meh”

Apple finally rolled out it's next iPhone, Apple 5. Wait no. It's just iPhone 4s.

That appeared to be the collective reaction from many people today to Apple’s announcement of new iPhones and iPods.

Apple’s new CEO Tim Cook announced the iPhone 4S (not the iPhone 5 as rumored), revamped iPods, the iCloud, a new operating system and Siri, a voice-recognition program, at Apple headquarters in Cupertino, Calif.

Although the news might have been a let down to some, it didn’t damper people from tweeting.

The iPhone was mentioned more than 500,000 times this afternoon, according to statistics from Topsy, a social analytics website.  During the 2 p.m. EDT hour alone, there were more than 114,000 mentions of the iPhone. Some tweets, incidentally, were sent off by a roomful of anxious journalists before the press conference even started.

Trending topics on Twitter included #letstalkiphone, #siri, #iphone4s and AT&T and Verizon. The tweets instantly focused on the negative: people discussed their disappointment that there was no iPhone 5. But they also praised Siri, the voice recognition program that acts as a personal assistant.

We’ve collected the best tweets of your disappointment from today’s announcement in our Storify below.