Apple files mind-blowing patent for headphones that double as speakers

If you thought AirPods were strange, wait until you see these.

Apple filed a patent that would allow it to create earbuds, over-ear, and on-ear headphones that transform into speakers. The “dual mode headphones” would connect to your device to provide an audio output, and include a powered amplifier for audio as a speaker.

You obviously wouldn’t want to get those modes mixed up. Apple says it would put sensors in the headphones that would detect what orientation they are in, and switch the audio output accordingly.

Apple has made a lot of bold design decisions recently with its wireless AirPods, but the images included in the patent take things to new levels. 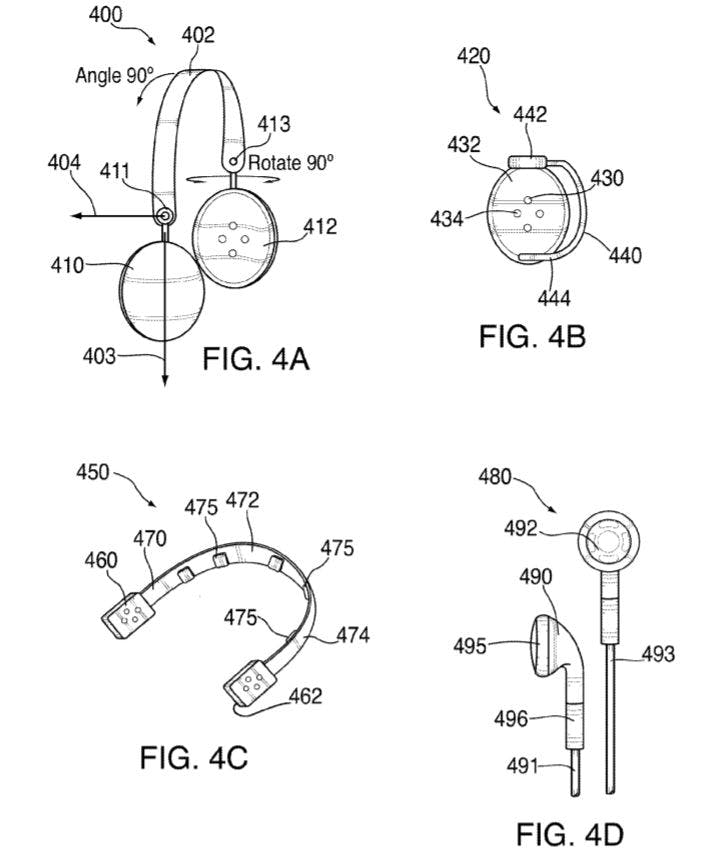 As you can see, each of the headphone types has speakers on both the inside and outside. The over-ear speakers seem to collapse into what looks a lot more like a portable Bluetooth speaker, while the on-ear (which we think look a lot like Bang & Olufsen’s Form 2i) and earbuds simply output power from their rear.

Here is a closer look at each of the elements. 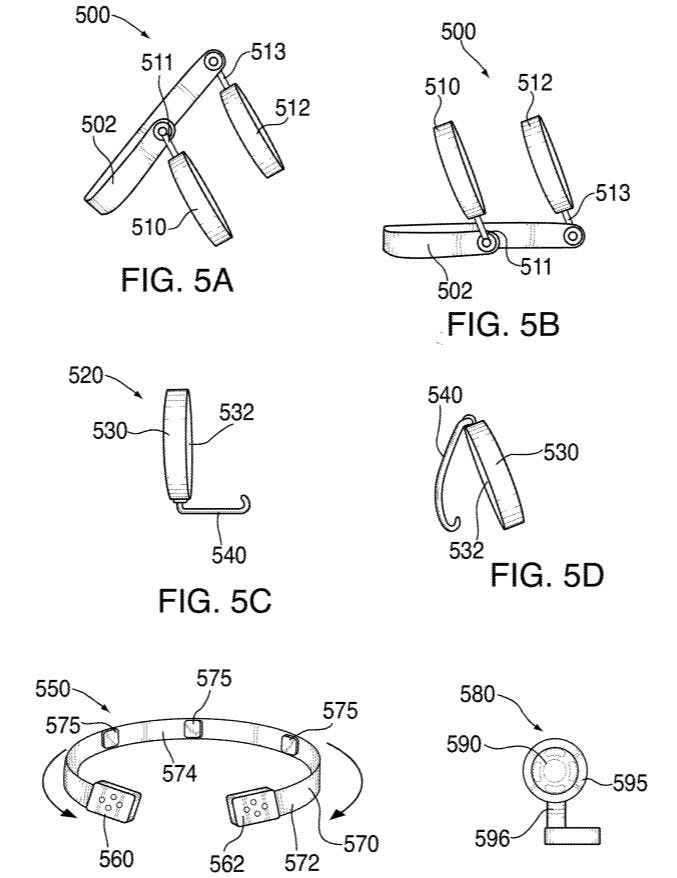 The patent was filed with the USPTO back in 2011 (that’s why we’re seeing those terrible iPod earbuds in the pics), but wasn’t granted to Apple until recently.

The company purchased Beats back in 2014, and has since stepped up its audio game from its dreadful first-gen earbuds. The company still lags behind when it comes to pure audio quality, and this patent is just another reminder that its priority is making music convenient and accessible.