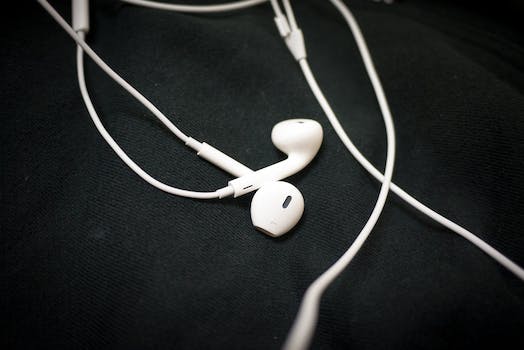 Apple owes it to us to push things forward.

Apple already killed floppy disks with the Mac and imagined a world without UBS ports with the iPad. The house that Jobs built might be coming for your headphone jack next.

A few weeks ago, the Japanese tech blog Macotakara alleged that the new, thinner iPhone would be doing away with the traditional audio port in able to accommodate the device’s slimmer size. The rumors suggest that your headphones will be sharing a Lightning port with your charger—which would make your $199+ Beats by Dre obsolete on the new device.

If the speculation proves true, Apple stands to make a killing off the switch, forcing you to either upgrade to pair of headphones that fits the Lightning port or go out and purchase a likely pricey adapter. But for a company that breathed new life into the tablet and wearable markets, this could signal Apple’s newest push—making Bluetooth headphones the industry norm among consumers.

Although tech retailers like Best Buy have offered an increasingly wide array of wireless options—and prices of wireless devices continue to dive—there’s still considerable stigma around the technology. The word “Bluetooth” brings to mind sleazy business bros who look like they’re talking to themselves, while wireless headphones have long been plagued by poor audio quality and connection issues. According to Likehacker’s Alan Henry, the audio was “so badly compressed that the result sounded robotic, buzzy, noisy, and all around awful.”

The technology isn’t perfect. In my own experience, Bluetooth headphones have a bad habit of cutting out while I’m jogging and tend to operate best in a stationary position—say, if I’m listening while doing the dishes or household chores. And as Henry mentions, Bluetooth accessories are prone to interference from other technologies that operate on a 2.4Ghz wireless frequency, including your Wi-Fi router and even your microwave. If they were auditioning for American Idol, Randy Jackson might describe them as “a little pitchy.”

But Bluetooth headphones have come a long way in recent years—as companies like Sony, Bang and Olufsen, and even Apple’s Beats invest more of their resources into bringing Bluetooth quality up to wired standards and extending battery life. A number of devices have been consistently receiving high marks from critics with few downsides. In its year-end roundup of the best Bluetooth headphones, Business Insider strongly recommended the Jabra Move Wireless and Plantronics Backbeat Sense, both of which are cheaper than your average pair of Beats.

Those options might appeal to audiophiles not interested in anything but top-of-the-line product, but let’s be frank: the vast majority of consumers aren’t looking to hear the full range of instruments while tuning into London Philharmonic. They want something that’s accessible, affordable, and looks good on the train or in an Uber; after all, those white iPod earbuds didn’t become iconic because they represented the best the market had to offer, but because they were cheap, free with a new iPhone, and incredibly ubiquitous. You’re unlikely to experience much of a tradeoff in quality in exchanging those for a Bluetooth set.

Apple’s white earbuds—for better or worse—helped set the tone for the headphone market, just as Beats has become the standard bearer for “quality” in a luxury device (even if they’re far from the best headphones on the market). Thus, the company has a golden opportunity to make 2016 the year that Bluetooth headphones were widely adopted by the mainstream, simply in pushing them with the launch of their next device.

Apple is known to be late-adopters when it comes to trends, less likely to beta-test a technology than hop on the bandwagon of a device that’s tiptoeing toward mainstream acceptance. Thus, the Apple Watch might not be the first or the best wearable on the market, but surveys show it’s the most recognizable among consumers. While sales of the company’s smartwatches have likely fallen short of its lofty goals (Apple isn’t releasing sales figures), the Watch is doing well enough to reportedly cut into Swiss watchmakers’ profits.

If the Apple Watch was the beginning of the tech titan’s embrace of the Internet of Things, that investment is likely to increase, as research from Accenture indicates that 69 percent of will own an “in-home IoT device by 2019.” Network connected technology is the future of the digital market, and when it comes to Bluetooth headphones, that future may already be here.

If Her predicted a future where wireless earbuds were common among consumers—to better have a sexual relationship with Siri—they look a lot like the Moto Hint. The company refers to it as an “earable.”  The earable is actually a natural extension of Apple’s Siri technology. Although the earable can’t take calls, it can help you better communicate with a digital assistant—whether to look up directions or find the nearest restaurant. The device actually hit the market in time for the 2014 holiday season but barely made a blip on the Christmas radar.

If there’s any company that’s positioned to do the “earable” better (or at least bigger), it’s Apple—who will also need to answer to the wrath of hordes of angry fanboys should it not provide a marketable alternative to its current system. You can’t just kill the headphone jack; you also have to show customers a way forward, one that fits inside a shrink-wrapped iPhone box. And history shows that where Apple goes, the rest of the market will likely follow—whether it wants to or not.

Inevitability might not seem like a stirring endorsement, but there are an incredible number of benefits to making the switch to Bluetooth—especially for those who want to get a jump on the impending rush. Bluetooth frees you up to roam around on a headset and ensures you’ll never have to untangle those annoying earbud again. For those who are tired of a million cords in your knapsack, Bluetooth headphones are like a gift from God.

My advice: Cut your headphone cord before Apple does it for you.

Photo via fawkeswei/Flickr (CC BY 2.0)