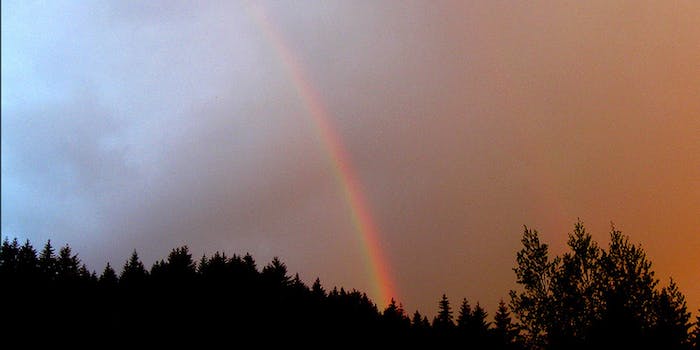 The Business Software Alliance, a trade group that represents some of the world’s largest software developers, is in theory committed to stamping out copyright infringement. In practice, however, they’re as guilty of it as your average BitTorrent or Tumblr addict.

The organization promoted a St. Patrick’s Day Facebook post as part of their “No Piracy” campaign. It encouraged people to snitch on anyone who might be using unlicensed software—the type that means lost revenue for BSA members like Adobe, Intel, Microsoft, and Apple. “Your pot of gold is right here baby. Report unlicensed software and GET PAID,” reads copy laid over an image that, as it happens, wasn’t theirs to use. 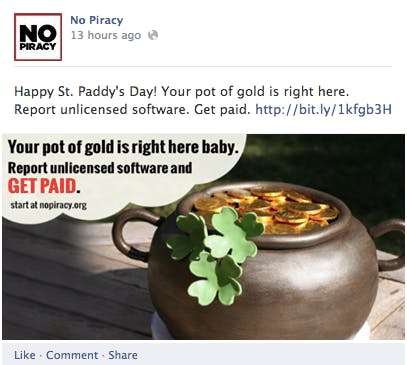 The photo of a pot-of-gold-shaped cake, as TorrentFreak reported, comes from the confection-based website CakeCentral, and there was no indication that user “bethasd” had given the BSA permission to borrow it. The news outlet encouraged her to demand compensation. The group itself wouldn’t comment on the gaffe but soon deleted the post.

The damage was done, however, and Internet folk—already rather critical of the whole “No Piracy” idea—gleefully put the boot in. Oh, won’t somebody think of the multimillion-dollar companies? 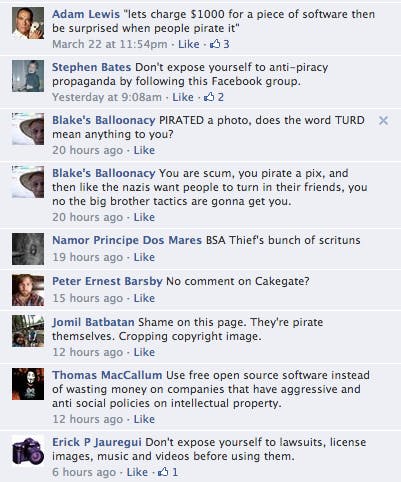 Personally, I think critics may have been too hard on the BSA. If they’ve revealed themselves to be pirates at heart, we ought to welcome them aboard our ship of scoundrels and hoist the Jolly Roger. Arrr!