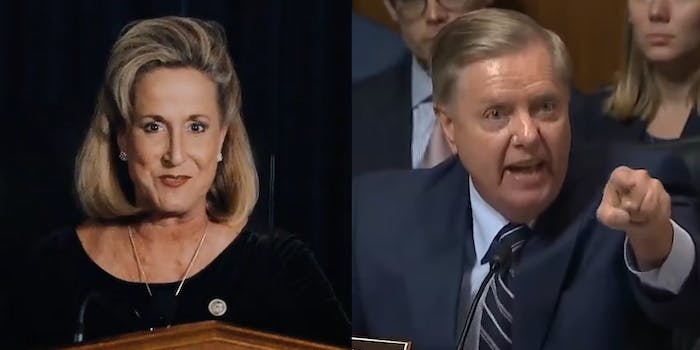 The Senate version of the bill was met with near-universal scorn from privacy advocates.

A companion bill to an anti-encryption bill that has been called “dangerous” by privacy advocates was introduced in the House of Representatives on Thursday.

The bill purports to want to stop “warrant-proof encryption” to help law enforcement access encrypted data. It would specifically “require device manufacturers and service providers to assist law enforcement with accessing encrypted data if assistance would aid in the execution of the warrant,” according to a background of the bill.

Almost immediately, the Senate version of the bill faced intense backlash from privacy and civil liberties advocates and marked another notch in the encryption battle that has gone on for years.

Like the Senate version, Wagner’s House companion bill garnered the enthusiastic backing of Attorney General William Barr, who has long argued for law enforcement to have a back door into encryption.

Numerous advocates have called out the Lawful Access to Encrypted Data Act as “misguided,” and “dangerous.” Critics of the bill argue that creating a back door into encryption for law enforcement opens the door for bad actors to similarly find a way in.

The Lawful Access to Encrypted Data Act isn’t the only bill in Congress drawing scorn from encryption advocates.

The EARN IT Act, a bill that was amended and passed through a Senate committee earlier this month, has been criticized as a potential threat to encryption. Lawmakers on both sides of the aisle have asserted that the bill aims to curb child exploration online.

The bill would now subject tech companies to a host of state-level laws and potential lawsuits if they use encryption, advocates have warned. Nearly 600,000 people have signed a petition calling on members of Congress to reject it.