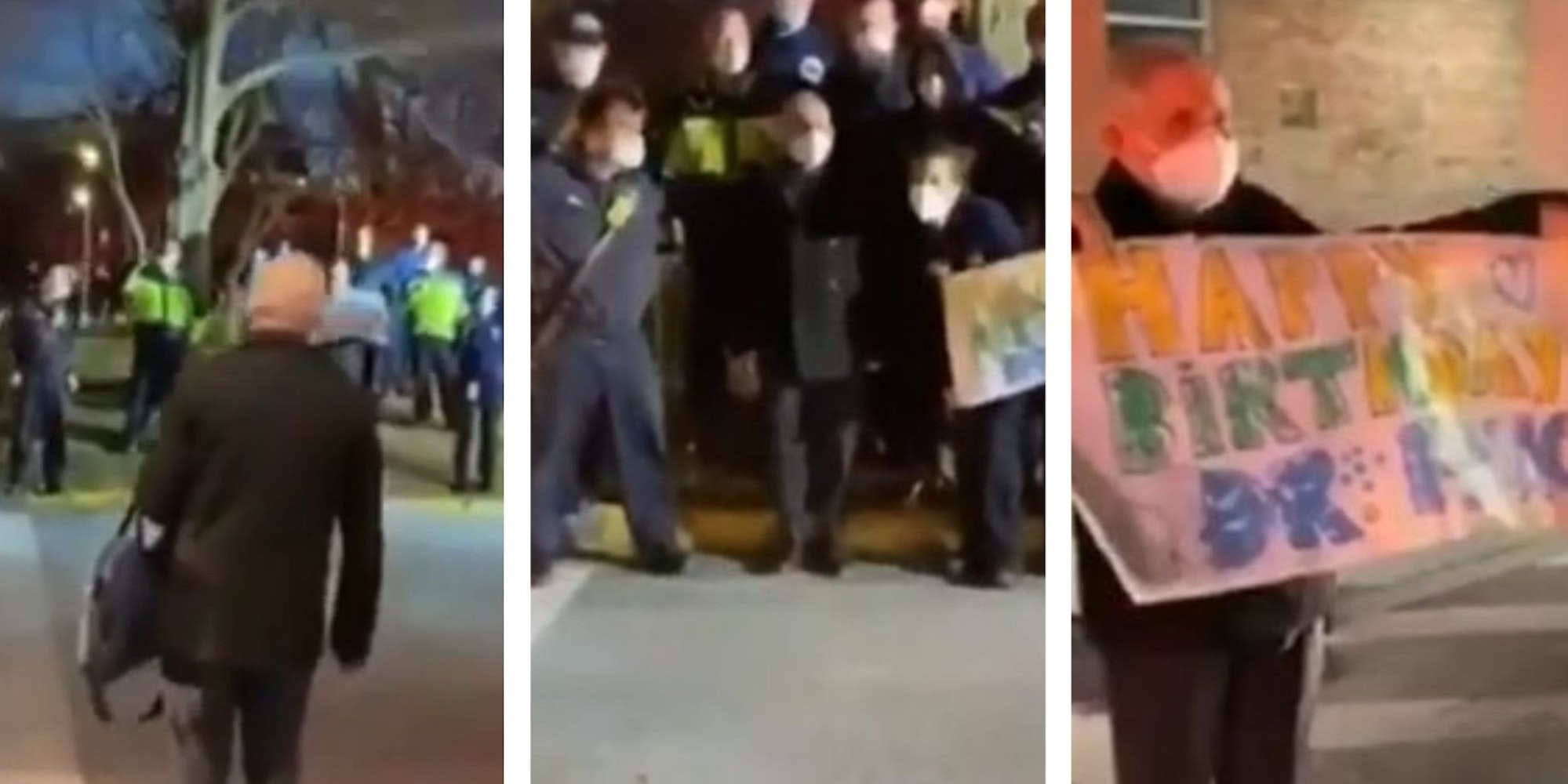 It's such a sweet moment.

The Trump administration has butted heads with the country’s top expert on infectious diseases throughout the coronavirus pandemic. But on Thursday when Dr. Anthony Fauci turned 80, a group of first responders showered him with birthday love.