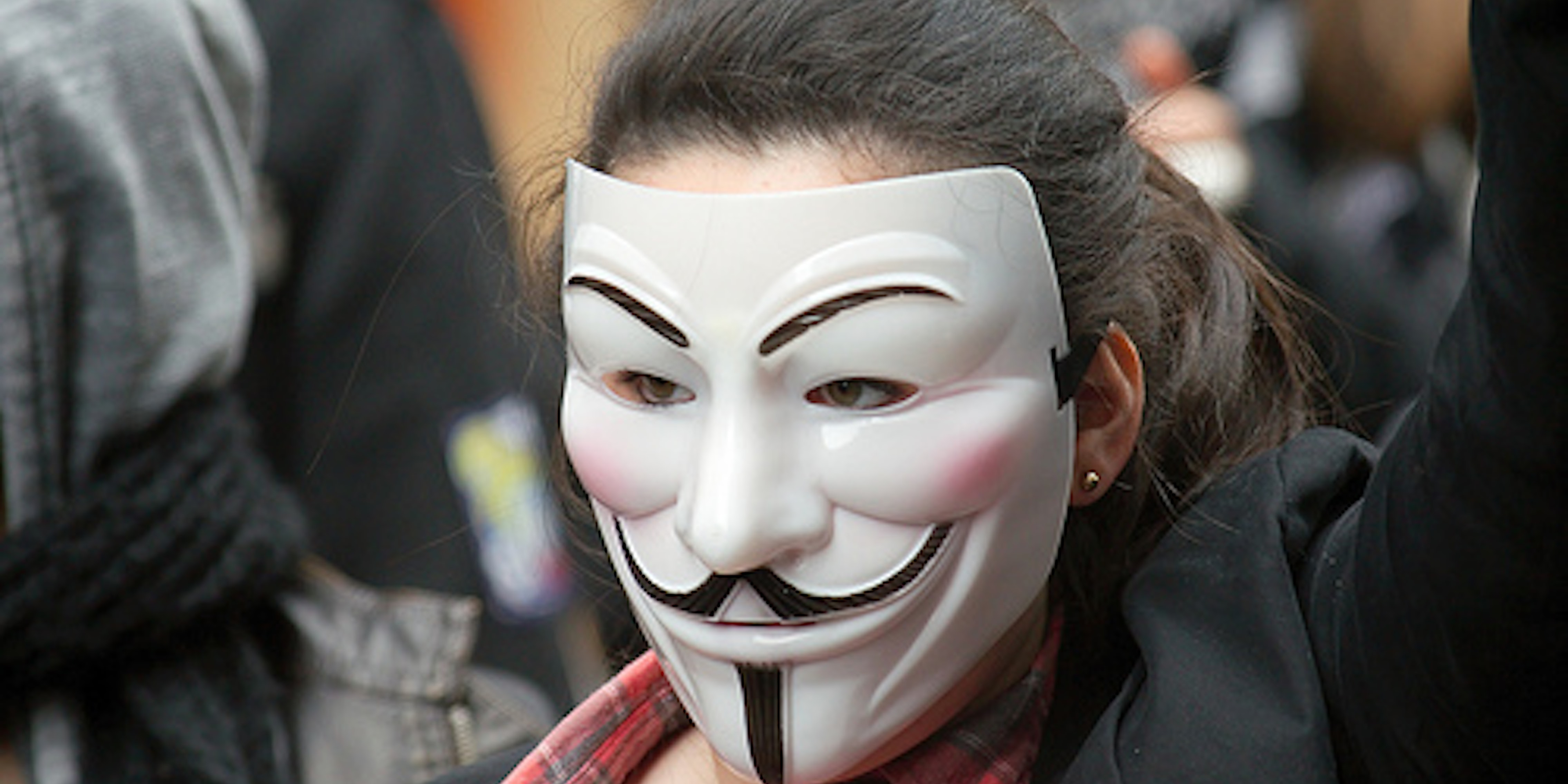 Anonymous is in attack mode, and their latest targets couldn’t be more high-profile: game company Zynga, social behemoth Facebook, and Republican mastermind Karl Rove. Having spent a profitable weekend attacking Neo-Nazi sites, the Greek government, and (for some reason) the official website of the small Canadian Province of Prince Edward Island, they’ve moved on with a couple of video attack announcements calculated to terrify their targets.

But instead of Anonymous taking out Zynga and Facebook, the YouTube video announcing the attack has been taken down by YouTube’s censors. “This video has been removed as a violation of YouTube’s policy on depiction of harmful activities. Sorry about that,” says the notice from YouTube.

The reason for the threat was Zynga’s layoffs, the first round of which was announced last week during Apple’s much-hyped iPad Mini announcement, presumably to avoid media coverage. OpmaZYNGA’s Phase 1 consisted of the YouTube video and two file uploads of Zynga’s internal materials, all of which have now been taken offline. Anonymous claimed in their announcement that this round of layoffs was only a small start, anticipating over a thousand layoffs.

“It will also come to end of the US game market as we know it as all this jobs will be replaced in other more convenient financial countries. With a billion dollars cash sitting in a bank we do believe that such actions are an insult to the population and the behaviour of corporations like Zynga must change,” Anonymous said in a the now-deleted video.

According to Business Insider, Zynga is actually sitting on $1.6 billion.

The Anons then went on to explain that they will leak game files and internal documents unless Zynga drops these layoff plans. As proof of their claims, they released what appears to be an excerpt from a Zynga strategy document, which includes the damning line, “Work is focused and on-going to completely outsource our development teams in our offices in Bangalore, India to hedge our position in the long term.”

Facebook, as the platform which delivers Zynga to the Farmville-crazed masses, is high-profile collateral damage in this action.

The man known as “George W. Bush’s Brain” has been biding his time between Presidential elections with private consulting, offering his formidable political savvy to assist Sweden in its pursuit of WikiLeaks founder Julian Assange. Now he’s back, and Anonymous wants to head him off at the ballot box. He’s been accused of masterminding voting machine skulduggery in the last election by publications from Politico to Harper’s to Vanity Fair. (Although, to be fair, Alternet stuck up for him.)

Anonymous, who knows something about digital skulduggery, says in a YouTube video that they’re going to watch the voting machine results closely.

“We will watch as your merry band of conspirators try to achieve this overthrow of the United states government. We are watching and monitoring each of your servers.”

They accuse Rove of having rigged the polls so far to make it appear to be a close race, making it all the more plausible when they throw the switch on their vote-rigging apparatus and hand it over to Mitt Romney. If they see such evidence on election day, they say they will release all the proof they have collected to the authorities (an unusual, but not unheard of, action for Anonymous).

So far, the video is still up. It seems YouTube is more comfortable with threats about elections than threats about corporations.