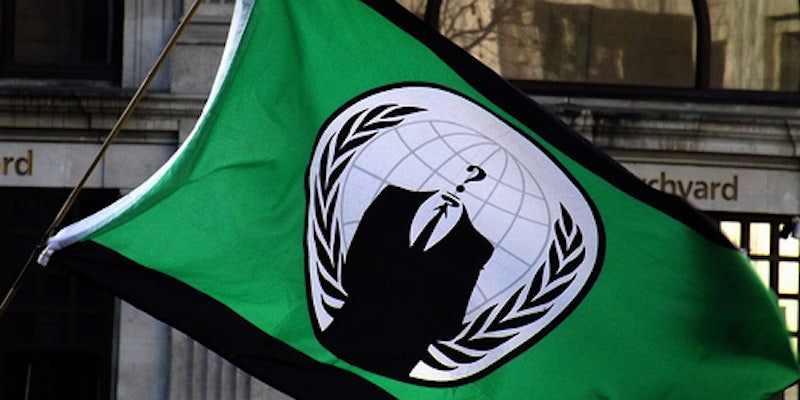 Anons took the websites of American and British intelligence and law enforcement offline this weekend.

It was a busy weekend for members of Anonymous around the globe. It was, presumably, an even busier weekend for system administrators in the CIA, the Department of Justice, and British spy service MI6, as they scrambled (unsuccessfully) to fight off distributed denial of service (DDOS) attacks that took their websites offline.

As has become traditional, the boasting played out on Twitter.