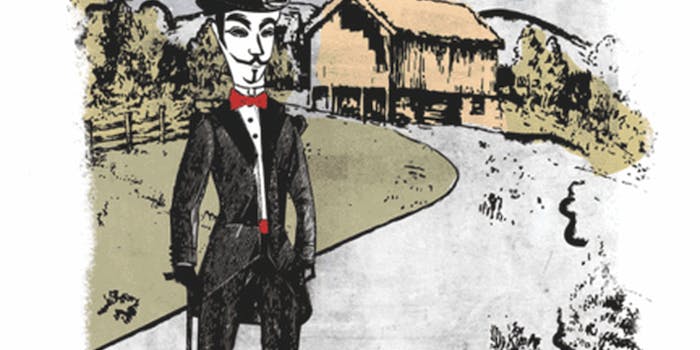 Tension and recent arrests were apparently behind the decision, which was announced via YouTube.

In the face of arrests and infighting, one Anonymous offshoot is calling it quits.

Started in fall 2011, the hacktivist group known as CabinCr3w appeared to be an informational mouthpiece, sharing tweets, news, and leaked documents relevant to Anonymous and Occupy Wall Street activities.

It is unclear when CabinCr3w turned into a “hacking crew,” but two members, John Anthony Borell III of Toledo, Ohio and Texan Higinio O. Ochoa III, were recently arrested for cyber-crime activities.

The arrests, combined with what appears to be tension in the group, has forced CabinCr3w to disband. In true Anonymous fashion, the group made the announcement April 16 via YouTube.

Titled “CabinCr3w Final Message,” the two-minute address explains CabinCr3w will disseminate back into the “larger collective” over strains from the Portal song “Still Alive.”

As one YouTuber, apparently in the know, explained in the comments, “[t]he person that has control over the CabinCr3w Twitter account … used it to screw over active CabinCr3w members – which are the people that actually wrote the press release.”

In the Daily Dot’s interview with a CabinCr3w member named MotorMouth in September, MotorMouth denied having any hacking abilities and declared himself a protest organizer. He said he wanted “to show people that Anonymous isn’t bad, or terrorists, or a threat to national security. We are trying to…do some good work, and defend our rights the correct way.”