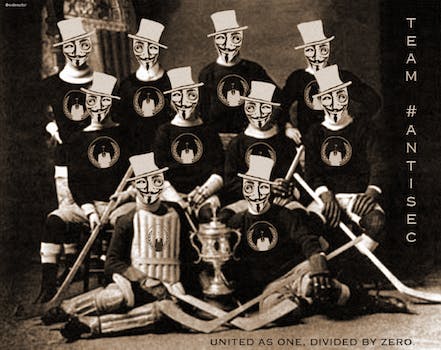 Why the FBI now fears Fridays

Members of Anonymous attacked various law enforcement sites today. Is it the start of a trend?

Friday was a busy day for members of the hacktivist collective  known as Anonymous. They attacked police departments in Boston, Salt Lake City, Syracuse and various Texas cities; the Federal Bureau of Investigation; and the law firm Puckett and Faraj.

The attacks on the various websites shared a common rallying cry: “Fuck FBI Friday.” As the Daily Dot reported a few months ago, hackers began that operation to protest law-enforcement agencies cracking down on the Occupy movement.

Just like the hacks themselves, which dotted the United States, the motives for them were all over the map.

Today, the Daily Dot spoke to an Anonymous member who claimed some involvement with the online attack on the FBI. As with many Anonymous hacks, this one took the form of the publication of a digital document—in this case, a leaked recording of an FBI conference call. A video of the recording was uploaded to YouTube, and an email related to the call was posted on Pastebin, a site favored by Anonymous for document releases.

The 17-minute recording is fairly tame, but the conference participants do discuss an ongoing case against an Anonymous member who attacked Steam, a service used to distribute video games online.

“I’m sure this is embarrassing for the feds,” wrote the hacker in a private message to the Daily Dot.

“Not only does it show they are compromised, but it gives people on the outside a window into their ‘secret’ world … and now they know that the feds are just a  bunch of regular jerkoffs like the rest of us. Only, instead of laughing about dicks they laugh about cheese.”

The Anonymous member, or Anon, made reference to a joke the agents made about cheese in the beginning of the recording, when they were wondering if they were alone on the line. In fact, conference participants repeatedly wondered if someone else was on the line with them, but carried on despite their doubts.

Sabu, a relatively well-known Anon, wrote on Twitter: “‘Who is in the call right now?’ Anonymous.”

The Anon who communicated with the Daily Dot argued that the discussion of the pending case against a hacker could benefit his defense at trial.

“It’s good to know that this leak could cause problems for prosecutors in the various cases against anons,” he or she said.

Hackers released documents from the law firm Puckett and Faraj related to the 2005 trial of Sergeant Frank Wuterich, who was charged with causing the death of Iraqi citizens in the city of Haditha after a roadside bombing. (Last month, he pled guilty to a lesser charge of dereliction of duty.)

Anons, unsatisfied with the outcome of the trial, leaked various court documents and personal information, and stated on the defaced website that they want to “conduct a People’s trial of our own.”

The attack on the Boston police department website was done in retaliation of police brutality related to Occupy protests, following a similar attack three months ago.

The motive for the hack on the Texas police websites was an “officer in the town of Wylie” who is currently “on administrative leave while he is being investigated for child pornography,” wrote ABC News. Last September, Anonymous hacked Texan police departments. Gizmodo attributed that action to the arrest of a hacker named Topiary.

Salt Lake City’s police department site was hacked because of an “anti-graffiti paraphernalia bill that eventually failed in the state Senate,” reported the Associated Press.

According to Syracuse.com, hackers targeted the Syracuse police department because of the police’s alleged mishandling of two local cases.