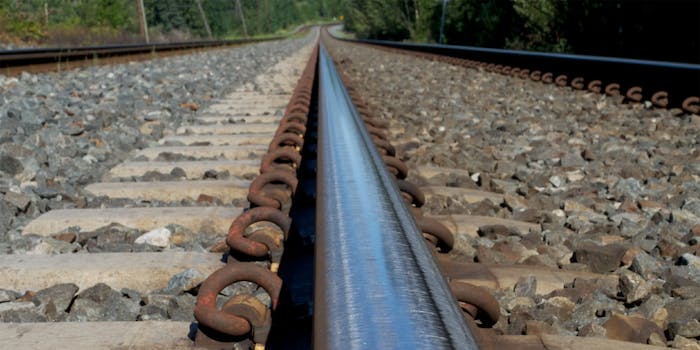 An Amtrak train derailed on Monday outside Seattle, causing at least six deaths. The derailment occurred while the high-speed train was crossing a bridge over Interstate 5, approximately 40 miles south of the city. Initial reports say at least 70 people were also injured.

Although a search and rescue is underway with an investigation to follow, those online on the far-right have already found a possible culprit: antifa.

An old blog post from a site that purports to be at the center of the antifacist movement, as well as an initial report from the scene, has those on the right rushing to insist that the antifa movement is behind it.

Law enforcement needs to take a long hard look at #ANTIFA and their allied groups during the investigation into this fatal Amtrak derailment.

They’ve used concrete to obstruct train tracks as a terror tactic in that same region. pic.twitter.com/1p2gmoNZMs

The article was reposted from the site Puget Sound Anarchist by It’s Going Down, which says it’s “a digital community center from anarchist, anti-fascist, autonomous anti-capitalist and anti-colonial movements.”

The post in question, “Olympia, WA: Train Tracks Sabotage To Stop Fracking Equipment,” was published in April and is no longer on the site.

The first paragraph of the story reads, “Early in the morning of April 20th we poured concrete on the train tracks that lead out of the Port of Olympia to block any trains from using the tracks. We took precautions to notify BNSF (the train company)—we called them and we used wires to send a signal that the tracks were blocked. We did this not to avoid damaging a train, nothing would bring bigger grins to our faces, but to avoid the risk of injuring railway workers.”

In November, in Olympia, Washington, a blockade of the Port of Olympia lasted for 12 days. The blockade was not specifically tied to antifa, but was protesting fracking in the area by building an encampment on the railroad tracks.

After the blockade, Puget Sound Anarchists published a post about activists claiming to disrupt train traffic, that said it was in response to police ending the Olympia blockade.

Those two reports combined—which both center around fracking and mention steps taken to prevent loss of life—has led leading sites of the “alt-right,” the loose collection of conservatives that include white supremacists, to publish pieces about antifa and Amtrak.

The far-right has frequently attempted to paint tragedies as the responsibility of antifa: In the wake of the Las Vegas shooting, as reports rolled in through the night, posters on 4chan tried to tie the mass shooting to antifa. After the Sutherland Springs, Texas, shooting, a similar narrative emerged. Neither of the two perpetrators of those crimes had ties to antifa.

Speaking with the Stranger, a spokesperson for It’s Going Down called the behavior from the right absurd.

“They are trying to make anti-fascists the boogie man. They take any sort of tragedy that involves the American public, be it be mass shooting or train derailments, and connect it to popular movements like Black Lives Matter or anti-fascists because they want to associate these movements with everyday Americans being injured and killed.

Of course, the far-right thinks it could also be international terrorism.

From an investigative standpoint, we cannot leave any stone unturned w/this Amtrak derailment.https://t.co/GJg5Bbw1tu

On Twitter, though, the president seemed to point the blame at an infrastructure issue.

The train accident that just occurred in DuPont, WA shows more than ever why our soon to be submitted infrastructure plan must be approved quickly. Seven trillion dollars spent in the Middle East while our roads, bridges, tunnels, railways (and more) crumble! Not for long!

It’s probably one of the three.