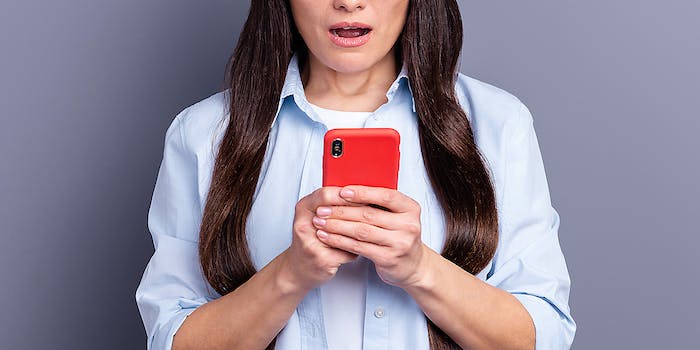 Americans don’t trust TikTok with their data, but can’t stop using it

A poll found that 64 percent of Americans want the government to better regulate big tech.

A majority of Americans do not trust big tech companies with their data but feel they have no choice but to use their services, a new poll has found.

A survey taken in November by a random sample of 1,122 adults discovered serious trust issues with numerous tech giants, largely due to the limited control users have over how their online activity is tracked and monetized.

The poll, conducted by the Washington Post and Schar School, shows that although most Americans have significant problems with services such as Facebook and TikTok, many feel such sites are nearly unavoidable in today’s increasingly interconnected world.

But not all tech companies are equal in the eyes of users. When asked how much they trusted nine leading tech services to “responsibly handle your personal information and data on your internet activity,” 72 percent of users agreed that they had little to no trust in Facebook.

The second-least trusted service was TikTok, with 63 percent of users expressing skepticism over their data practices. The third- and fourth-least trusted were Instagram and WhatsApp, two apps owned by Facebook. YouTube, Google, Microsoft, and Apple came next, with Amazon only causing significant concern among 40 percent of respondents.

Other questions likewise showed the issues many have with Facebook. When asked if the social media site has had a positive impact on society, only 10 percent agreed, while 56 percent argued that Facebook has had a negative impact.

“Even among those who use Facebook daily, more than three times as many say the social network has a negative rather than a positive impact,” the Washington Post noted.

Even more telling, around 7 in 10 of those polled believed that their phones and other devices were listening in on them in ways they had not agreed to.

Targeted ads, the dominant factor in data collection, were also viewed with disdain. Among the 8 in 10 users who said they often see targeted ads, 82 percent described them as “annoying” while 74 percent referred to them as “invasive.” At least 66 percent felt that targeted ads were not helpful despite their intended purpose.

Today, 73 percent of Americans feel receiving free services in exchange for the data is not a fair trade, up more than 15 percent since the same question was asked in 2012.

Given that many feel that social media is needed for staying in touch with friends and families, government regulation of the tech giants has become an increasingly popular view across the aisle.

“Democratic support for the government doing more to regulate how internet companies handle privacy grew from 45 percent in 2012 to 82 percent this year, while Republican support is up from 30 percent to 53 percent, and support from independents is up from 38 percent to 66 percent,” the Post added.