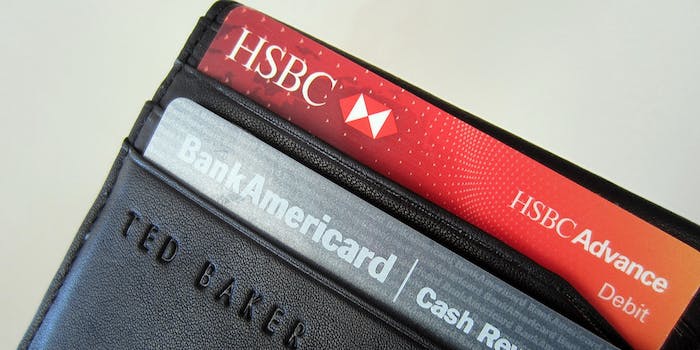 Online privacy threats have doubled for young adults since 2013

In fact, it's bad news for everybody.

Almost one in five adult American can personally attest to the surge in online data theft.

Some 18 percent of American adults online have had important personal information stolen, including credit cards, bank accounts, or their Social Security Number, an increase from the 11 percent who reported thefts in July 2013, according to a new Pew Research survey of about 1,000 adults. More than 20 percent have had emails or social networking accounts compromised or taken over. 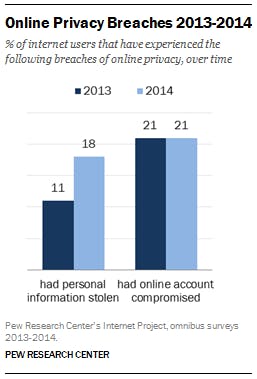 Release of the Pew survey follows news of the recent Heartbleed bug that exposed private data on as much as 66 percent of the Internet, the December Target hack that compromised the information of 70 million customers, and the January theft of 1.1 million credit and debit cards from Neiman Marcus. 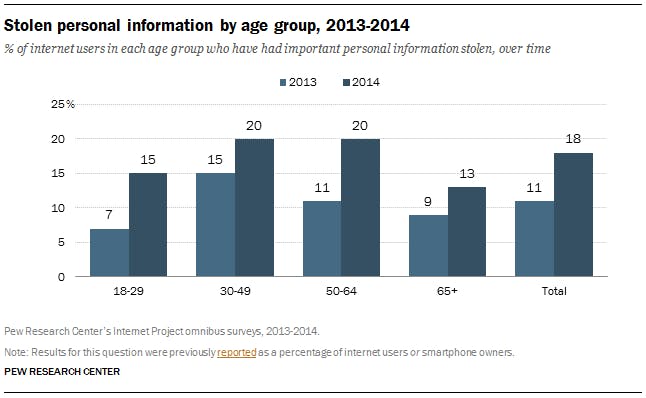 The hardest hit group were young adults and baby boomers. The number of reported identity thefts among respondents ages 18 to 29 more than doubled, jumping from 7 percent in 2013 to 15 percent today. Those ages 50 to 64 reported a 9 percent increase since last year, from 11 percent to 20 percent.

If there is a silver lining to the thefts, it’s that awareness is on the rise. In 2009, 33 percent of adult Internet users surveyed by Pew were concerned about the amount of personal information available online. Today, 50 percent share that concern—more than ever before.