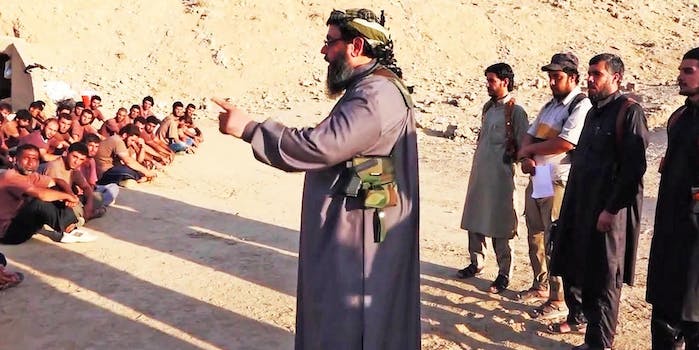 Bilal Abood got caught because what you write on the Internet is public.

In case it needs to be repeated, your public tweets can be read by anyone. This is especially true when it comes to the United States’ terror-fighting federal government.

The FBI arrested Bilal Abood, a 37-year-old naturalized Iraqi-American citizen living in Mesquite, Texas, on Thursday, the New York Times has reported. Agents seized his computer with a search warrant and found a tweet from June 19 in which he swears allegiance to the terrorist group known as the Islamic State: “I pledge obedience to the Caliphate Abu Bakr al-Baghdadi,” a reference to the IS’s reclusive leader.

Abood’s arrest was the culminating effort of two years’ watch by the FBI, when the organization began to pay attention within national borders for IS defectors. In March 2013, Abood was prevented from flying to Iraq to visit his family. A few days later, he reportedly admitted to agents that he was actually intending to go to Syria to fight with IS against Bashar al-Assad‘s forces. Hammering more nails in Abood’s coffin, an informant also told the FBI a month later that the man had been watching Islamic State videos online and talking about supporting them.

Abood is on the line for up to eight years in prison, not for supporting ISIS, but for making the false statement about where he actually intended to travel.